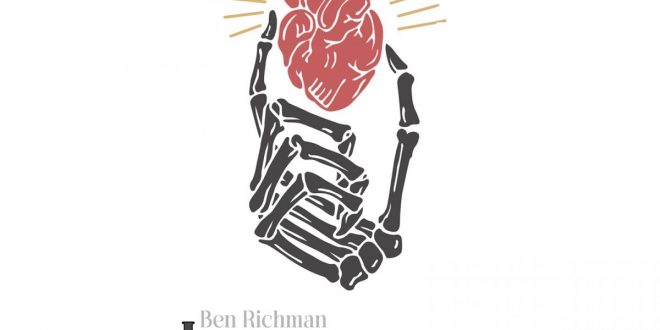 In a relationship, you don’t just get love; you also get problems, troubles, and depression, which make for a whole connection. There isn’t a single relationship in the world that isn’t fraught with difficulties. And Little Rock recording artist Ben Richman’s latest project, “Journey to a Dead End,” focuses on that subject matter. Released independently on January 20, the album is a successor to his last full-length album, ‘Kid Burnout,’ which came out in 2019. The album’s preview was a bluesy single ‘Dumb,’ which Ben launched on YouTube on January 6 this year. With thoughtful and upbeat tunes, this indie-rock symphony depicts the narrative of a romance troubled by mental health difficulties.

Ben Richman originally hails from Virginia. He was known as the lead guitarist for the rock band HWY 5. In 2010, he formed The Revolutioners, a Little Rock-based alternative band. Then, he released his debut solo album, titled ‘Slow Burn Panic Attack’ in 2016. Since then, this talented artist has evolved into a skillful soloist. Noted for his infectious melodies and gloomy, melancholy lyrics, Richman is influenced by 60s rock and 90s alternative music. ‘Journey to a Dead End’ is a turning point in his career, and it’s expected to outshine his previous solo efforts, including his 2017 album ‘American Deadbeat.’ In one of his Facebook posts, Ben Richman even admitted that ‘Journey to a Dead End’ is his most cohesive album, featuring the best songs. Ben’s ‘Journey to a Dead End’ is the album to look forward to if you’re looking for some classy musical assemblage.

“Journey to a Dead End” is now available everywhere, including Spotify and YouTube. Visit Ben Richman’s website and Facebook handle for more information on his upcoming projects.

Link to the album:
https://open.spotify.com/album/105YBEnBr60RwbMzuyD178