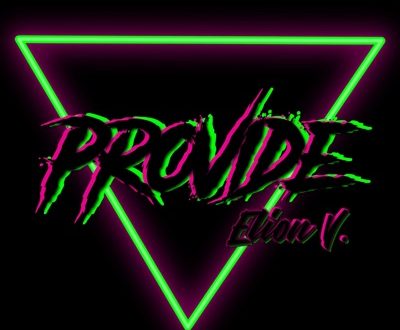 Reggaeton has become the hottest genre on the planet in the last few years, and listening to a single like Elion V’s new studio cut “Provide,” it’s easy to understand why. Though it sports a mad hip-hop beat that could be considered a crossover were it isolated from the rest of the instrumentation, “Provide” is ultimately a track defined almost entirely by its melodicism and grander lack of cut and dry harmonies than what most pop music consists of these days. Elion V’s vocal soars for the heavens here and delivers what could be the most pleasant string of verses I’ve listened to in 2022 so far.

My man is very careful with his execution in this performance, and one could even make the argument that his conservative stylization of the rhythm is part of the reason why his words sound as sensuous as they do. He has such an enrapturing control of the tempo that it’s sometimes difficult to tell whether the percussion is shaping the beat or his own voice is; it’s only through the clarity we get from the master mix here that we can discern one band of artistic expression from another.

Elion V’s cautiousness at the microphone pays off wildly as we inch towards the climax in this single, which on its own presents a groove as sexy as it is independent. This singer is never having to chase after the hook – it’s always right in front of him, cultivated by his hands (and harmonies) in real-time. You’ve got to give him credit for his moxie, but even more important than this, I think he deserves a lot of praise for how smoothly he’s bringing everything from the beat to the melodies to the even flow of the production style together in one neatly organized package.

You can’t go wrong with the music Elion V is putting out right now, and if you haven’t given “Provide” a listen, you don’t know what you’re missing. There are a lot of compelling reggaeton players getting it right in the studio at the moment, but personally, I think this is one artist who has the potential to bring the same level of charisma to the live stage as well. He’s got a transcendent personality in this performance, and I’m eager to hear how it’s going to influence the rest of the work he produces in the next couple of years.