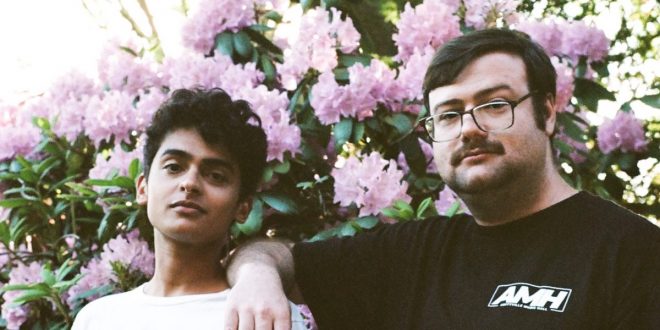 Today anxioushum release their cover of Farewell Continental’s “Seasoned Veterans.” It’s a strong opener to an incredibly influential record for the duo, and it recently celebrated its 10th anniversary right around the time they were recording their upcoming EP for new label Dead Broke Records.

Formed in 2008, Farewell Continental was a short-lived side project of Motion City Soundtrack vocalist Justin Courtney Pierre. It was just the right balance of angst and pop that Diaz and bassist Matt Sherman (he/him) were looking for when they had a spare day left in the studio.

“We often joke we’re in a band together because we’re the only two Farewell Continental fans on Long Island,” laughs Syd Diaz, vocalist and 1/2 of NY indie-emo band anxioushum. “We didn’t want to chance rushing songs that weren’t ready yet, so we decided to do this song for fun,” Diaz explains. “And also because Matt knew it on guitar off the rip.”