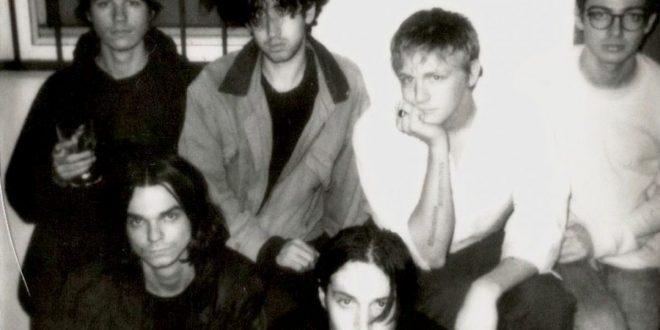 Catcher announce debut LP, The Fat of A Broken Heart

On Friday, NYC post-punk outfit Catcher announce their forthcoming debut album, The Fat Of A Broken Heart, due February 18, 2022. The album was recorded at Level Zero Studios in Brooklyn, NY.

During 2021, their first year as a band, Catcher shared five singles — “Yesterday’s Favorite” / “The Skin,” “Only Advice” / “Fallen Stones,” and “Comparing Saviors and Friends” — and played countless sold-out shows across the city, in addition to going on their first headlining tour across the U.S. with fellow NYC rockers Been Stellar. Their most recent single, “Comparing Saviors and Friends,” ramps up with sludge-y bass and frenetic guitar chords, charging forward like an angry bull out the gate, accompanied by vocalist Austin Eichler’s deep-seated drawl. The single is regarded as one of the first tracks they’d written with the genesis of the band, and came alongside a music video they made themselves.