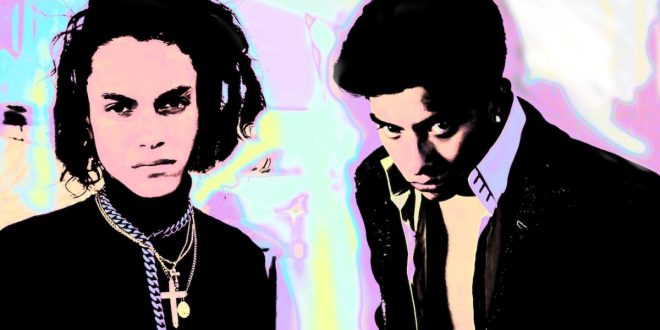 Tacboy and Rude Minor release “Not Around”

Wake Up! Music Group has another banger track – this time with a new voice and a fan favorite – Tacboy of ET Boys. Tacboy has collaborated with artist Rude Minor and together they’ve created a Nu EDM tune called, “Not Around.”

Though Tacboy’s niche is Nu Pop, he easily flows into various styles of music, and lends his vocals to this new Rude Minor track. With Rude also providing vocals, the EDM pop feel is most appealing. Rude Minor, who like Tacboy, was introduced to multiple instruments as a kid, learned to play many of them by ear which has culminated in his own style on guitar, bass, piano, and eventually DJing.

Pepper Gomez of Wake Up! Music got wind of Rude Minor and suggested that the two gorgeous Latinos collaborate. The tag-team was a positive experience, though none of them could have ever imagined that the two would work so well together. “Not Around” is an anthem track built on EDM and Hip-Pop musical feels. The voices of Tacboy and Rude complement one another both lyrically and sonically. The music by Rude Minor is the perfect backdrop for what they have created and there is no doubt that these young artists are setting themselves up for a lifetime in the arts.

The track, “Not Around,” gives us a seriously stellar song that brings it with its EDM and Hip-Pop vibes, all with the reminder that “some people are trouble.” From music to lyrics, you’re going to be listening more than once and adding this duo to your playlists.

While Tacboy’s faithfulness is to ET Boys (with brother Sharkeyes) and being a signed model for IMG, collaborations such as this result in fresh Nu Music and lead to new and continued opportunities for features and collaborations with other young artists. Already receiving a warm welcome, “Not Around” stands set to make its mark while expanding the career and portfolio of Rude Minor, Tacboy and the ET Boys as a whole.

Stephen Vicino is the founder of MusicExistence.com. He created this site to give talented musicians a voice and a way to be discovered.
@@svicino
Previous DARKO THE SUPER ALWAYS GIVES HIS ‘HUNDRED PERCENT’
Next BLUEDIVE RELEASE THEIR FIRST SONG OF 2022 “REJECTION” OUT ON JANUARY 7