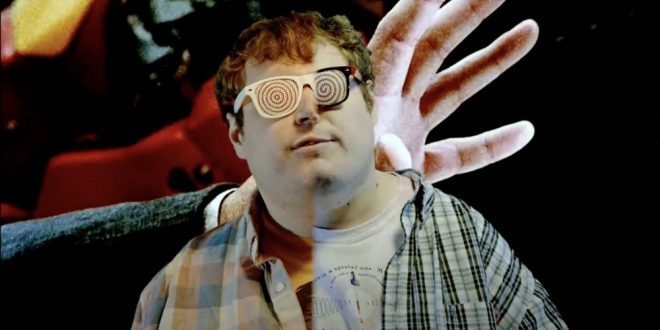 Darko The Super has recently released his new album, Great White Buffalo, and the music video for one of the featured songs, Hundred Percent. You can stream the album and look for the video to get the full experience.

Hundred Percent is a collaborative effort, just like the album itself. Great White Buffalo samples the work of legendary Dean Friedman, songwriter, singer, and extraordinary creator. Darko was inspired by his work, specifically by the piece Ariel as covered by Ariel Pink’s Haunted Graffiti. The admiration for the original creator is clear in the work.

Darko The Super is an emerging rapper based in New Jersey. This new album is certain to make waves on the music scene, thanks to its touch of eccentricity that easily helps it stand out. Darko The Super has been recognized for his diverse sound and unconventional approach, paving his way in the music industry.

The music video is a perfect visual piece to complement Hundred Percent. It draws inspiration from classic cinema, such as American Psycho and the works of director Dario Argento, known for movies like Suspiria. In this sense, the video’s vibe is trippy and hypnotic, a little absurd, and touches on the edginess of the premise and the ideas without going too far as to become difficult to enjoy or understand. Another influence is JJ Doom’s Guv’nor, and through the simple use of a green screen, the video manages to delve into the artist’s mind and take the viewers along for the ride.

Darko is becoming more recognized, thanks to his innovative style. In addition to this new release, his single ‘Chaos’ was also featured on the soundtrack for An Unlikely Story, a film by Philadelphia-based filmmaker Ricardo Lorenzo. Film and music become intertwined in Hundred Percent as well, using cinema as a point of reference for diving into concepts and visual ideas.

The rapper is centered on making enticing pieces and building new visual and musical styles that will be enjoyable for rap fans and also those looking for musical experiments. His music has a lot of cinematic flairs that are sure to please film buffs as well.

You can find Hundred Percent on Darko The Super’s YouTube channel. His album is available for streaming on Spotify, and you can also get CDs, if you are old-school, on U Don’t Deserve This Beautiful Art’s Bandcamp. Connect with the artist through his Twitter @DarkoTheSuper to know more about his musical endeavors.

Stephen Vicino is the founder of MusicExistence.com. He created this site to give talented musicians a voice and a way to be discovered.
@@svicino
Previous Jaws of Brooklyn Serves Up Something Satisfying With Fever
Next Tacboy and Rude Minor release “Not Around”