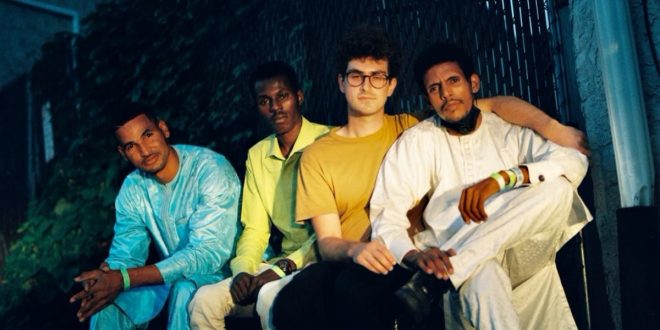 Today, Mdou Moctar announces a run of Winter 2022 headline North American dates that includes an appearance at Big Ears Festival in Tennessee. The band will be touring in support of their universally acclaimed full-length, Afrique Victime, that was released this past May on Matador Records. These new East Coast dates will bookend previously announced North American support dates for Parquet Courts in late February and early March. The band will then make their way across the pond to play an extensive UK/EU tour in the Spring. A full list of upcoming shows can be found below.

This past September, Mdou Moctar and band arrived in the US for a nearly entirely sold out North American tour that wowed fans and critics alike. Afrique Victime has since swept the Best of 2021 lists, attaining high placements from The New York Times, Pitchfork, The New Yorker, The Guardian, NPR, Rolling Stone, Variety, Esquire and many others.

Moctar recently made his TV debut as a guest on PBS Newshour. Watch the interview HERE.