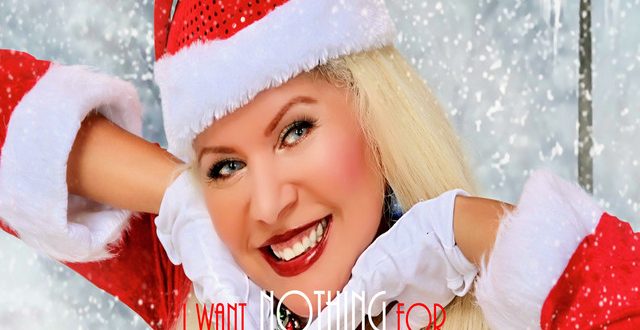 Single Review: Nubia Rose “I Want Nothing for Christmas”

Sleighbells are jingling once again, but unless they’re accompanied by the rich sounds of Nubia Rose’s lead vocal in the new single “I Want Nothing for Christmas,” you aren’t hearing the true color they can contribute to a holiday pop song. Rather than fashioning this track with the same embellishments that a lot of her rivals would just as soon create an entire album around, Rose is going out of her way to make this single harmony-centric, which puts her organic talents at the center of our attention in addition to proving that she’s a lot more confident in her natural ability than some of her peers are.

Whether we’re watching the video for “I Want Nothing for Christmas” or listening to the track on its own, there’s never a moment in which Nubia Rose’s singing isn’t stealing our focus away from the soothing sway of the instruments behind her. She’s quite seductive with the microphone in her hands, and I think that this is one of the first performances she’s issued where humility and harmony are on a level playing field. This is an artist who knows how to have fun with her material, and that’s hard to argue with in this performance.

Nubia Rose has been scoring a lot of points with the press this winter thanks to the release of “I Want Nothing for Christmas,” but if you don’t take a peek at her complete discography in addition to this track, you don’t know what you’re missing. Rose has an amazing skill for singing, but this is an instance where she’s showing us so much more of herself beyond the singer and songwriter she was born to be. Her festive look in this piece speaks for itself, and I think it’s not going to be the last track of its kind to join her collective body of work.