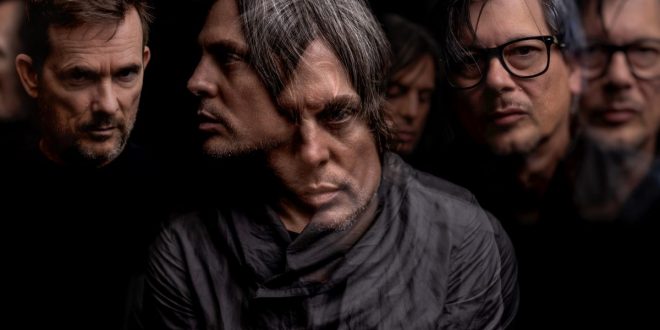 Failure, who recently announced the Dec. 3 arrival of their eagerly-awaited sixth album, Wild Type Droid, have shared a second preview from the album, releasing “Submarines” overnight.

Greg Edwards explains the genesis and meaning of the song: “The main riff appeared spontaneously during an endless jam, but ‘Submarines’ sounds like a song we’ve been waiting to write for years. These were the first lyrics written for the record, after the initial wave of Covid confusion and uncertainty. It’s a song about coming back to the surface, putting away your armor, ignoring willful idiocy, and getting back to life after a trauma. We’ve collectively lost our innocence with this plague and we need to fight the reflex to close-up and sink like a stone when risk and threat and fear seem to be everywhere.”

The Los Angeles-based band previously released the song “Headstand.” The single, and news of the forthcoming album, were met with widespread enthusiasm.

“You simply cannot recreate the musical moments that happen when three musicians are playing together and reacting to each other in real time,” Ken Andrews comments on the band’s approach to writing Wild Type Droid, which saw Failure move into a rehearsal space for a month, recording hours of improvs. “We’ve been together long enough to know that some of our best ideas come directly from these experimental sessions. For this album, we simply cultivated that methodology for a much longer time than we have in the past. It brought out the trio aspect of the band. There was a feeling we could really push the individual parts further away from each other and let the more interesting and challenging combinations take center stage.”