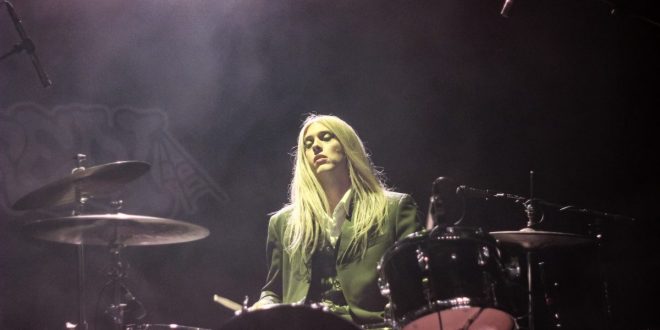 Editor’s note: What do you do when you’re playing a sold out show and your opening act has to cancel last minute? Well if you’re Fletcher and Wyatt Shears, the twin brothers who make up the duo The Garden, you call your dad. The elder Shears, Steven just so happens to be the drummer of SoCal punk rock veterans Shattered Faith. Emerging out of the same scene that produced names like Social Distortion, Agent Orange, and The Adolescents, Shattered Faith have long been a staple in the West Coast punk scene, so the group jumped on the show last minute and earned themselves some fans from a new generation. The Garden meanwhile are currently playing out their rescheduled Spring 2020 tour in support of their latest record, Kiss My Superbowl Ring. Ash Carr was on hand to capture pictures of both acts, who together reiterated the long known fact: that punk rock has no age.