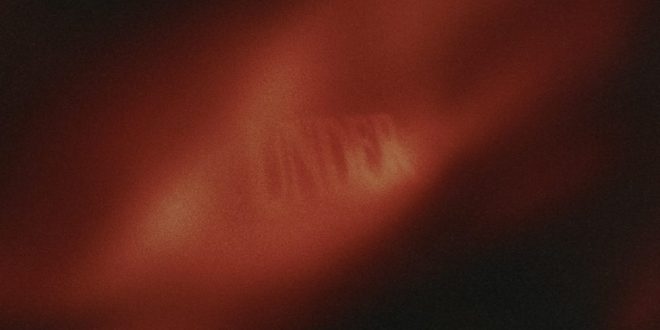 The ten songs on Pretty Embers’ first release Under exist well within an established musical style but, fortunately, bear their own identity. The Southern roots of the band offers us a lesson about preconceived notions; I, for one, wouldn’t have expected a band with avowed influences such as Paul McCartney, Death Cab for Cutie, Bon Iver, and D’Angelo to hail from one of country music’s sacred cities, Birmingham, Alabama. Here they are, however.

They’ve since located to Nashville, Tennessee and readying themselves to ride Under’s resulting wave. Lead singer and guitarist Kameron Mitchell has an ideal voice for the band’s modern alternative rock material. There’s power in his voice though Pretty Embers really don’t write songs requiring brute force and his phrasing is deeply affecting. Mitchell is a singer capable of tuning into a song’s dramatic potential without ever over-emphasizing it.

“Inside” rates as one of the album’s centerpieces and a likely highlight of any live performance. The lyrics are spartan but, nonetheless, reveal a fraught interaction that’s left the song’s speaker paralyzed with guilt. Mitchell’s guitar playing layers the song with light dissonance but raucous strands later in the song swell through its arrangement. He never adopts a traditional lead guitar role; his contributions to this song and others are much more cumulative than highlighted by specific peaks.

Kameron Mitchell’s versatility is obvious in songs such as “In a Few Weeks”. The acoustic setting dials down his need to project over the electrified din. Acoustic guitar and muted surroundings eventually give way to a fuller band arrangement, the organ playing is especially noteworthy, but Pretty Embers keeps things modulated. Nothing goes overboard. This track may break from its predecessors, in some respects, but for the most follows familiar patterns.

“Losing Sleep” is another scaled down track with an emphasis on softer sounds. It matches the lyrical slant heard during “In a Few Weeks” and, naturally, covers similar emotional territory. The bluesy side of Mitchell’s voice makes it presence known once again. “Wish You Well” restores electric guitar to its earlier status without veering outside the band’s stylistic wheelhouse. It has a jaunty air conflicting with some of its lyrical details but differences such as this are a major ingredient of the band’s songwriting powers.

The quiet and inward-looking finale “Daydreams” is another of the album’s finer songs. This thoroughly modern example of how certain strands of rock have evolved in the last quarter century doesn’t live and die by the guitar as so many songs before did. It has the superficial cache of being experimental, but its unusual texture and arrangement back up its intentions and help end Under on a highly individual note.

Pretty Embers have both the songwriting chops and interpersonal chemistry to have a substantial run. They need to be a little less hidebound to their subject matter and branch out some, but there’s an argument to be made that plenty of great bands sang about a narrow range of topics. Their endlessly imaginative music augers a memorable future.