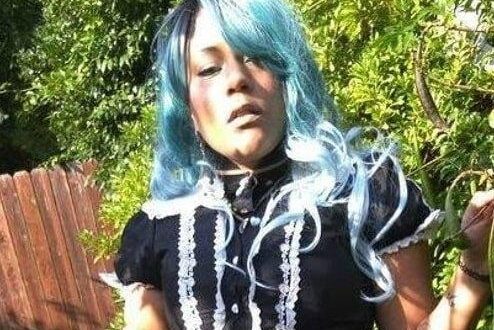 For a long time, it seemed like overdrive just wasn’t a part of popular music anymore. The clean chime of acoustic guitar strings and sterilized electric guitar parts seemed to overtake the airwaves for years in the 2010s, but with a new generation of rockers starting to find their footing on the FM dial, distorted anthems are making a comeback – and launching the likes of Kanti Chant into the spotlight where they belong. Kanti Chant’s new single “Take That Back” makes a case for size and shapeliness in the new wave of alternative rock coming to fruition right now, and it’s just the right track to bring you into the autumn season if you appreciate rock at its most carnal.

When it comes to the hook in this single, there are no synthetics clogging the avenue of expression between artist and audience – only heavy grooving and a singer who knows exactly what she wants to say to the listeners. There’s an assertiveness to her delivery that gave me chills the first time I listened to “Take That Back,” and if it’s as sharp as it is in this studio recording, I’ve got to assume that it’s all the more impressive when she’s playing live.

Forget the filler guitar solos we all grew up on from one band or another; Kanti Chant has nothing but straightforward brutality coming our way from her backing band, and other than her keen lead vocal, there’s just nothing powerful enough to eclipse the presence of the riffage thrusting in the background here. There’s no need for a lot of virtuosity when you’re strutting as hard as this fretwork is, and in the spirit of doing the exact opposite of whatever everyone else is as a principle of making smart punk music, this singer is rejecting predictability around every turn.

You don’t have to be a big alternative rocker or even that into crossovers to appreciate the experimental and highly stimulating sound Kanti Chant is producing in “Take That Back,” but if you’re partial to the heavier side of pop songwriting, I think you’re going to like this single and its music video as much as I do at the moment. September and October are always a good pair of months for rock fans, and I feel like connoisseurs of the genre or going to agree that this is a single we needed on record store shelves this autumn more than ever.

Previous Album Review: Parker Longbough “Off Front Street”
Next Live Review & Gallery: Cradle Of Filth, Once Human, & Teeth at The House Of Blues In Anaheim, CA (10.21.2021)