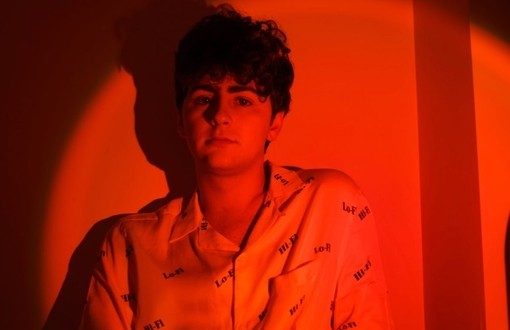 A little grungy at times and entirely too punchy to be considered streamlined in any way, the guitar that accompanies Chris Mardini in the new single “I’ll Try” is a vicious counterpart to his signature vocal. He’s got the charisma as a singer to make just about any kind of song work in my opinion, but channeling the energy of OG rock n’ roll frontmen seems to be the order of the day in “I’ll Try,” and he’s killing it especially well in his performance here. Fueled by the distortion of the riffs and the subtle yearning in his lyrics, Mardini proves himself to be quite the ace here (which is hardly something I needed proof of at this point).

The tempo is frustratingly hesitant in this song, but were it given a bit of urgency I don’t think that we would be able to appreciate the emotionality of the lyrics as much as we are in this scenario. We’re made to be put up against the wall of tension beside Mardini here, and it happens without having to rely on smothering instrumental elements that could have only clouded the melodic trappings in the music rather than highlighted them as they’ve been here.

In his music video for “I’ll Try,” Chris Mardini doesn’t shy away from the retro alternative rock imagery, but instead embraces his influences and affords them as cerebral an accent as this kind of setting will allow for. He isn’t using surrealism in the same way some of his rivals have been (i.e. overindulgently), but he’s welcoming a spacy, somewhat stony undertow into the mix here without a doubt. He wants us to be immersed in the soundtrack, and he picked the right setup to get us into everything his artistry is all about.

I was familiar with, but not quite addicted to, the music of Mr. Chris Mardini before I listened to “I’ll Try” for the very first time, but hearing this track and watching its video has left me convinced that he’s among the brighter spots to come out of this dark period of pop/rock in general. Mardini’s got the right kind of vocal to do anything he wants, but no matter what direction he takes his career in from here, I think it would be best for him to stick with bigger and bolder hooks than his contemporaries can handle. He manages them like a pro in this piece and earns every bit of the hype his career has been gaining thus far.