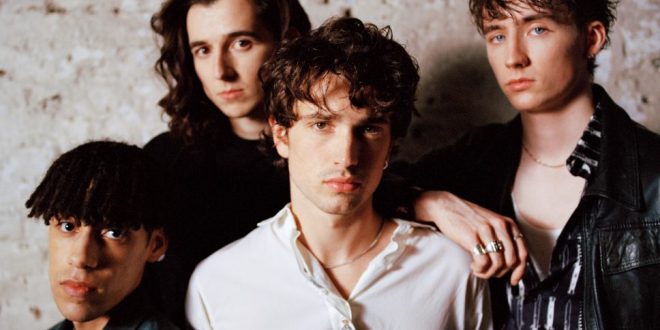 Welcome to Revenge Of The Road. The newest segment from Music Existence will explore what life is like for bands who have launched back into touring once again. Thanks to vaccines and safety measures implemented by the industry’s biggest promoters, concerts are back and better than ever. Just ask Inhaler – Ireland’s biggest indie rock band who recently embarked on a global tour in support of their debut album It Won’t Always Be Like This. Music Existence caught up with bassist Robert Keating, to talk about life back on the road, go-to road trips songs and more.

1. Best advice for life on the road?

RK: “Going Up The Country” by Canned Heat or “The Cutter” by Echo & the Bunnymen.

3. You can bring any new band with you on tour, who’s coming?

RK: The Clockworks from Ireland.

4. What’s something about touring you never thought you’d miss but did over lockdown?

RK: We all missed the bus life. Even if there’s a lack of toilet and your confined to a small bunk it’s a very fun way of getting around and a great place to get to know your crew. There’s something special about waking up somewhere new each day and getting to play a show, only to do it all again tomorrow.

5. Who will YOU be catching live this year?

RK: We’ve already seen the Gorillaz this year which was amazing. Such great musicians and Damon can still put on a great show. We’d love to see some of the classics if we can like Queens of the Stone Age, Rage Against the Machine …. But any gig to us is a buzz after the last year or so of no gigs.