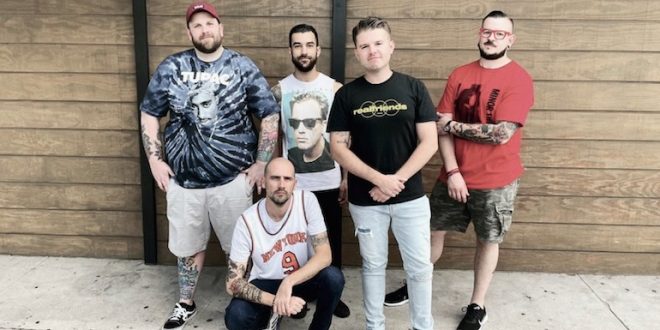 A brooding, chest-beating rhythm. The crunch of the guitars, moderate and melodic. Lyrical statements that are both searing and occasionally self-deprecating as well. Ah yes, pop/punk is back in fashion, but unless you’ve got the kind of skills Quiet Like a Thief does, you’d best stay on the sidelines with the other fans and leave the legit riffing to the professionals. Quiet Like a Thief is so freshly buzz-worthy that a lot of people are just now finding out about their rebel yell this summer, thanks to their new single “Travel in Time,” but in its music video, we get a good dose of why they deserve more of the spotlight.

The lyrics in this single reference the aesthetics of the song as it stands instrumentally, but I like that they’re not overstating a retro element in the way Bowling for Soup did back when they first took off (at a time that feels like a hundred years ago for some of us). There’s a more serious bend to their attack, but it isn’t without a touch of irony where it counts, and the music video extends these sentiments through visuals that don’t extract any unearned attention away from the real star here – the song itself.

“Travel in Time” is definitely not the straight throwback that its title suggests it could be, but instead a modern pop/punk lover’s treat that isn’t over the top, but instead designed with efficiency in mind. Quiet Like a Thief has brawn where others only have brains, and their punchy take on a classic theme here is going to bring in a lot of big reactions from across the spectrum this September (more likely than not, I think they’re going to match up with what I feel about this track and its parent EP). Keep an eye out for more from this band – something tells me they’re just getting started in this single and music video.

Tags quiet like a thief single review travel in time