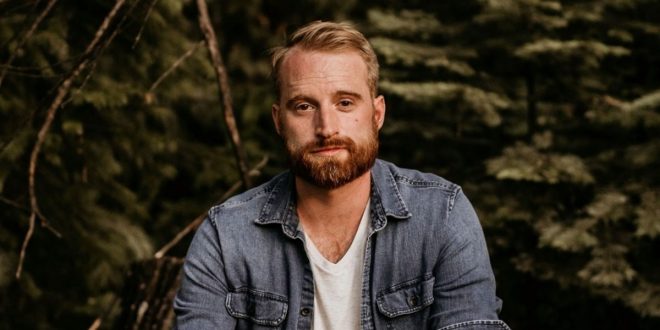 The troubadour uses so much more than rhythm and rhyme to tell their story; for within the lexicon of Americana, true singer/songwriters will rely first on tonal expressiveness to make their point to the audience before they ever would the foundations of a basic harmony. In the new single and music video “It’s My Time,” Roger Jaeger states his case for why listeners should believe in his style of gentle folk-pop more than the rather rigid output of his peers to the right in country and mainstream pop/rock, and if you’re as bewitched by soft harmonies and classic poetic poignancy as I am, his might be just the sound you needed to discover this September.

Stalking the drums in the background, we find the string section in “It’s My Time” playing behind the traditional ‘bottom-end’ in the master mix here, but I think this adds a unique dimension to the song that wouldn’t have been present in a more conventional arrangement of the instruments. In this format, the vocal is made to occupy so much more of the center stage per se, as the string parts Jaeger harmonizes with are made to be the bedrock rather than the cosmetic binding closer to the top of the track. It’s experimental, but definitely the reason everything sounds so full from start to finish.

The vocal Roger Jaeger offers us in this piece is much bigger than it even has to be, but this too makes a lot of sense when taking into account the way the strings were set up in relation to the beat. It’s not as if he can’t handle the pressure – truthfully, I don’t know that there’s much he wouldn’t be able to belt out after seeing for myself what he can do in the music video for “It’s My Time,” which is taken from a live performance.

I know it’s been said a lot in the past year, but I think there’s no denying that the NorCal underground is outdoing the PNW by leaps and bounds when looking at the progress young singer/songwriters like Roger Jaeger are making right out of the gate this summer. He’s defiantly melodic and disengaged from the lot of surreal faceting that has prevented his rivals from sounding as fierce and sharp as he does in this track, and in a short amount of time, I think we’re going to see him going from the underground to the mainstream spotlight on the strength of his natural talents.

Previous Gallery: Anti Flag Live At The Rebel Lounge In Phoenix, AZ 09-23-21
Next Single Review: Quiet Like A Thief “Travel In Time”