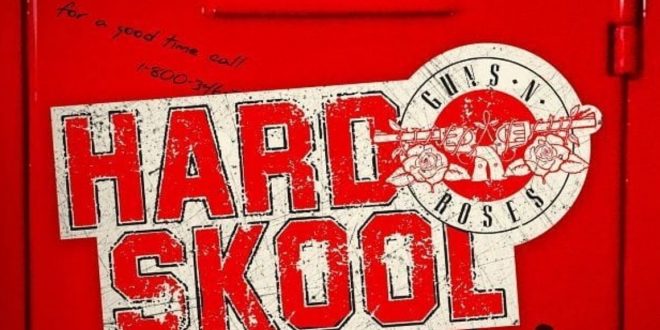 Guns N’ Roses have been busy lately. Earlier this year they resumed their U.S. stadium tour and recently dropped two new songs, with the latest coming late last night. Both “Hard Skool” and “ABSURD” are rumoured to be old Chinese Democracy-era tracks that have been revamped to include bass and guitar parts from Duff McKagan and Slash, respectively.

While “ABSURD” was met with mixed reviews, “Hard Skool” brings back the gritty and grimey sound of Guns N’ Roses in the early 90s. Between Axl’s shrieking vocals and Slash’s blaring guitar riffs, the song is the closest thing fans have gotten to an original GN’R song since the release of Use Your Illusion I & II in 1991 (1993’s The Spaghetti Incident was a covers album and 2008’s Chinese Democracy didn’t feature Slash or McKagan).

Rumours have been swirling about what GN’R might be planning next, with some speculating a new EP is in the works to feature both new songs, along with studio versions of their cover songs from the road. Whether it’s an EP or a new full-length album, Guns N’ Roses fans have been lucky lately. Considering the band didn’t speak to each other for over 20 years, the new era of Guns N’ Roses has reignited the band’s popularity and has seen one of the biggest touring productions of the 21st century. Check out “Hard Skool” below.