Home / Headline News / Interview: You, Me, And Everyone We Know 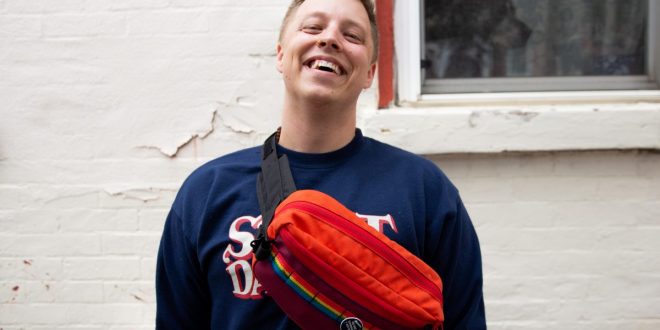 You, Me, And Everyone We Know refuses to classify themselves in any particular genre. The musical project from Benjamin Liebsch (pronouns: he/him or they/them) seems to have something for everyone whether it’s indie rock, pop/punk, singer/ songwriter or even musical show tunes. Their sonic reach cannot be contained which is evident on their first album in almost a decade; Something Heavy which is out now. Music Existence spoke to Liebsch about the new album, navigating the music industry and touring plans in 2022.

Music Existence: This is your first full-length album in almost a decade. Were there any nerves or anxiety when making this album knowing it’s the first one back after a long break?

You, Me, And Everyone We Know: It’s easy to stay relaxed in that regard when you know what you’ve accomplished. I am SOLELY concerned with the quality of the music, which is different from commercial success. Nobody with less than half a million dollars to spare can control that. I am simply in awe that it all worked.

M/E: How has your sound evolved since then?

I mean you can hear it on the EPs that came between. It is the most self-actualized version of You, Me And Everyone We Know. There is more of everything people love about this band. It has all been ratcheted up without fear of vulnerability or shame.

M/E: Does songwriting get easier over time?

Songwriting itself shouldn’t get easier because one should be continually putting in the effort, but you should be refining your taste and getting better at trusting your instincts which doesn’t make it easier to write a song, but makes it easier to write the best song you can.

M/E: Your sound is an amalgamation of pop and punk with a touch of Broadway influence in there as well. How do you approach genre in an industry that caters to genre-blending?

The notion that the industry caters to genre-blending is a joke. The music industry is incredibly lazy and hates bands that don’t fit a mold. Genres are blending in spite of the industry, not because of it. Terms like “Nu-Punk” are a corporate invention, made by people trying to simultaneously justify Pop Punk Kid Rock’s career and to get nervous white kids to accept that POC make pop punk. Genre blending in the mainstream is beginning to happen because youth cultures are blending. This band’s genre has always been non-binary and it’s good to see the industry catching up.

M/E: “Ram Dass Dick Pics” seems like the most emotional and personal of the singles released beforehand. What was the writing process like for that one?

Realistically, we’re touching the bottom of my trauma pool and the edges of existence in every song. I wanted to capture a very tiny moment in my life through the lens of a grounding exercise and then zoom out as wide as possible.

M/E: Any songs on the album especially difficult to write?

I’ve had the chorus for “We’re Not Like That” for nearly a decade and I’ve just been unable to feel my way through the rest of the guitar parts until last year. I usually find that to be the case. Needing to live a song more completely in order to finish it.

M/E: The album artwork resembles a museum wall or gallery. Was that the inspiration behind it?

It came to me in a dream. I saw the yet to be completed collage in my head framed in gold on a deep purple wall. The piece feels like a portrait of me as beautiful and horrible as that is.

M/E: What’s important to you when crafting visuals for your music?

I write a lot like a standup comedian or Damon Lindeloff in that I love callbacks, references, and easter eggs. So I like to reference things in the world relative to or directly in the band’s thematic and lyrical universe. This amounts to a ton of breadcrumbs one could follow in our releases. This is essentially how I think about all of them.

M/E: Have you thought about how this album will translate live?

I took a lot of consideration in describing the emotions I wanted to communicate and replicate with the music of each part of each song, so I think those emotions will hold true live, If not intensify. We’ve always been known for our live show and I don’t think this will be an exception.

M/E: Is there a plan to tour the new music soon?

We have shows in Chicago, New York, Lancaster and Philadelphia coming up. We’re looking to do one or two big national tours next year, maximizing our draw through scarcity of opportunity. I have a dream tour I am trying to assemble, but we wouldn’t be headlining. We’ll see if anyone gatekeeps this secret amazing idea from happening. Either way, we’ll see you in 2022. 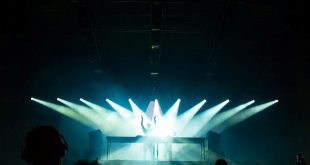