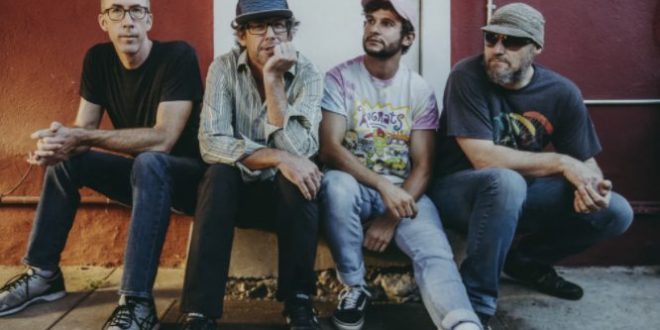 Kick and the Hug was formed solely for a live music experience. However, when the pandemic hit, like every other musician, had to overcome that challenge. Now scattered all over the United States, they didn’t stop them from chasing their muse. They are still writing songs via file sharing and creating music that will one day grace the stage.  Beginning as a cross-country collaboration between singer/guitarist Doug Murray and drummer/keyboardist Sam Young, the two met in the mid 90’s, playing together in Colorado-based rock band, The Winebottles. Decades later, they found themselves three time zones apart, Murray back in his hometown of Phoenixville, PA, and Young in Los Angeles. In 2017, they began sending song ideas and lyrics back and forth to shape what would eventually become Kick and the Hug. “We didn’t form the band in a traditional sense, to make records and become famous and make lots of money. Does that still  happen ? Both Sam and I just had a need to get the music out of our heads and into a form that we could listen to. It was more about making the music than it was about what happened to it when it was finished, “ comments Murray.

They just dropped their music video for their single “Girl You Changed,” an upbeat song that marries folk and pop. With sounds similar to that of Band of Horses and a hint of The National, the song is about a fan that reappeared as the band re-emerged from wherever they were hiding. The idea of this fictional fan is drawn from their own experience of being fans of their favorite bands. Fanboys first, musicians second?

Their work does not go unnoticed. Longtime music journalist Chris McDonald, had some choice words to share: “Girl you Changed” is an “edible pop song – Doug Murray’s vocals are urgent and sharp. Whisper to growl, Doug’s voice plays against any modern rock front-man…even Commander Grohl. This is not a “we wrote it and recorded it before breakfast” sound; the hard work of songcraft and ‘Tom Brady’

production are obvious and appreciated. In the video we meet the band and come to adore their fun & funny professionalism. It’s rarified talent that can let loose this caliber of music without taking themselves too seriously. More please.”

This might be a good moment to pay attention to Kick and the Hug. We get the feeling we’re watching the birth of a band that’s going to figure out how to navigate the current state of the music industry and find their audience. It’s refreshing to find a band that loves other people’s songs as much as their own. Murray concludes, “It’s the cathartic process of taking a song from something you hum in your head to something you can hear on Spotify, watch on YouTube or eventually throw yourself into at a live show. We’re just looking for a couple of folks along the way that have similar tastes in music, some people that want to show up and experience that thing that music does…when you loose yourself for a minute or two in a song. “

Connect with the band via:

Stephen Vicino is the founder of MusicExistence.com. He created this site to give talented musicians a voice and a way to be discovered.
@@svicino
Previous Single Review: Greg Hoy “Highway 101”
Next With “Welcome Home,” Fabricate craft love letter to nu metal