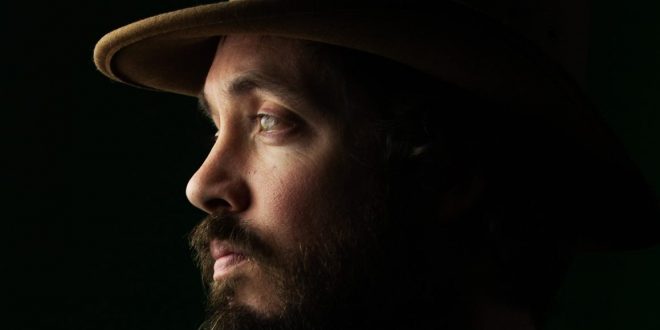 Many listeners admire and relish when an artist’s work draws deep and unambiguously from their personal life. Others recoil. It is safe to assume, after hearing Ben Bostick’s new album Grown Up Love, more will embrace this collection rather than reject it. Timeless truths and experiences will sustain a creative work far longer than whatever flavor of the month is titillating our tongues. Bostick’s ten songs depict love, gratitude, worry, a whole gamut of emotions, without ever flinching a single time. They depict, not in linear form mind you, the journey Bostick and his family have survived over the last year and a half plus weathering the dangers of a global pandemic and discovering Bostick’s oldest daughter lives with Rett Syndrome, a rare disorder affecting her life on every level.

It’s never too close to home, however. Literal autobiography or personal reportage lacks the transformative qualities we hear during the album’s first song “Different Woman”. Some, like myself, may experience the feeling that Bostick is writing about an anagram of ladies in his life rather than a single person, despite the song title. The lyrics focus on a single figure, without question, and love shines through the clever humor reinforcing the words. The presence of alto and tenor saxophone is a key instrumental touch and the melodic bass playing hooks you in; Bostick orchestrates the arrangements for maximum effect but never overwhelms or panders for our approval.

His poetic flourish is a big reason why Bostick’s songwriting stands out. It never feels forced, it always takes on a conversational slant, and often surprises listeners with inventive phrasing. There is nothing new under the sun, there hasn’t been since before Moses wore short pants, but pouring old wine into new bottles is as alive as ever in the right hands. The album’s fourth track, “The Diagnosis”, is arguably one of its finest moments. Bostick never bellows or rages, but pained indignation percolates beneath the surface of this. It is remarkably accessible, as well, thanks to how he blends the personal into something many more can relate to.

“The Myth of Translation” is the album’s second jewel. His talents for writing memorable vocal melodies comes across again and the accompanying instrumental performances complement the lyric and vice versa. Few songwriters offer such a complete package. The breathy nuance creeping into his voice here and elsewhere isn’t pronounced and its one of the few affectations present in Bostick’s singing. It’s especially useful here. The album’s penultimate cut, “Like Old People Do”, gains much from its exceptional acoustic guitar. Bostick’s wide-ranging musicianship is a lot of what makes Grown Up Love such a potent listening experience.

His willingness, as well, to bare his heart is important. Few albums in recent years have put forth such an uncompromised vision of the artist behind the work and we’re better for having heard it. Its bravery may not seem immense to Bostick, but bravery comes in different forms, and we can agree to disagree if he differs. Grown Up Love is well worth your time.

Previous Single Review: Owls & Aliens – “You Can’t Save Everyone”
Next Brayden Knapp (Also Known As Bray) To Release A New Studio Work: “Reset”