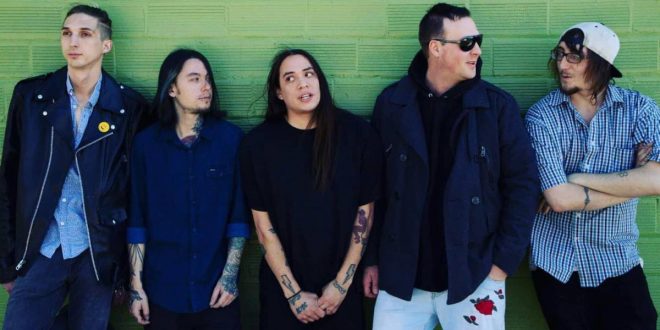 Owls & Aliens is an up-and-coming quintet based in Klamath Falls, Oregon. As a unit, the band channels a distinctive sonic identity combining various forms of rock and metal. Their approach is rounded out by anecdotal thematic angles of harsh circumstances, such as addiction, homelessness, and, most recently, the impact of the Covid-19 pandemic. In fact, the latter instance shaped their first single, 2020’s “Mercy,” one of a handful of songs intended for the first half of their debut album, which was recorded prior to lockdown. Now with restrictions continuing to ease throughout 2021, the band has followed up with their poignant sophomore single, “You Can’t Save Everyone,” having recently complemented the single with a music video.

Amidst a shifting scenic perspective between a skatepark and rural isolation, the song launches into a barebones, melodic chord sequence akin to 90s emo, and is accentuated by a screamo-influenced vocal tonality. Similarly, I appreciate the straightforwardness in the drums, as it accommodates a framework suited to both hardcore and power metal. As the song progresses, its metal influence becomes more pronounced amidst a well-blended solo without overshadowing the foundation. While the heaviness of this approach may come off harsh for some ears, there is a reverberating thematic angle of resilience, which the band put in summation once completing their video shoot.

“This song hits us heavy in our hearts as we shot this music video the day after our drummer’s mom was diagnosed with advanced Stage IV cancer, and on that actual day, she had emergency surgery to save her life. We almost didn’t shoot the video, but mom was adamant that we do it while we had the opportunity. Shortly thereafter, Dustin’s father was also diagnosed with cancer. This song is dedicated to both of them and everyone else battling cancer and goes out to anyone that understands the hopeless feeling of not being able to save someone you love.”

I come from a family who is passionate about all things music. I learned to sing at an early age, and by 13, had my very own Fender Strat guitar. I tried my hardest at learning all that I could. Because I was born with cerebral palsy, I had to teach myself an adaptive playing style. I learned to write and record my own music, despite these difficulties. In college, I started making great use of my writing abilities by reviewing music, as well as copy editing. I guess it's best to stick with what you know, while welcoming a fair challenge at the same time.
Previous Album Review: “Florescence” Timberline
Next Album Review: Ben Bostick “Grown Up Love”