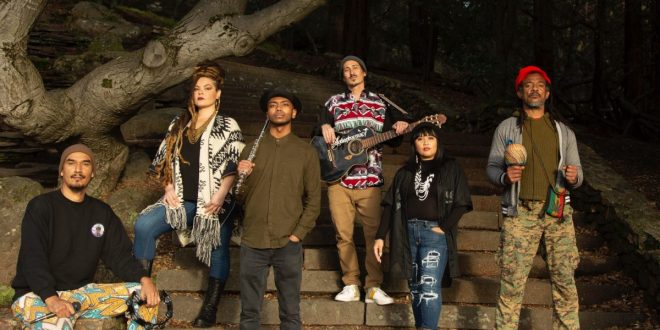 Art in its truest sense knows no limits, whether they be linguistic, cultural, or medium-sanctioned. Multimedia expression as a concept is nothing new to the intellectual music fan specifically, but when it’s presented as accessibly as it is in the case of Audiopharmacy’s new single and music video “Lose Your Mind,” it’s easy to see where a larger audience could find its avant-garde eccentricities quite accessible indeed. Audiopharmacy lives up to the creative moniker the collective has named itself here, and although a bit sophisticated at first glance, “Lose Your Mind” is anything but difficult to get lost in.

Angularities are everywhere we look and listen in this piece, but they’re strangely endearing much as the instrumental aspect of the material is straight-up scattered and intentionally unfocused in spots. Even the most obscure of textural inclusions in the mix feels like it has something to add to the larger narrative, and although it’s directly influenced by the collage-based approach of experimentalists old and new the same, “Lose Your Mind” never devolves into that college project realm (which is impressive given its unpolished finish). You don’t necessarily need a lot of studio varnish to present a refined substance, and this is certainly true in this release.

Listening to “Lose Your Mind” doesn’t yield the same emotional response as watching the complete work of ‘audio cinema’ as Audiopharmacy have deemed it here, but I recommend trying it both ways regardless. When it comes to exploring the multidimensionality of a composition like this one, the listener has to get as experimental as the artists were at the time of recording, and as much as I would credit the visual component with helping me to appreciate the intricacies of the piece as a whole, the sonic depth of the track is something you really can’t assess without isolating the music from everything else going on around you.

On paper, you might expect Audiopharmacy to go with something meditative in the mixing of this song, but they instead utilize a jagged arrangement of the different elements in the track to perhaps spotlight tonal strengths other acts would just as soon have buried beneath the spoken word parts. They want us to feel the music as much as we hear it in “Lose Your Mind,” and without subjecting us to anything too extreme, I likely won’t be the only journalist to acknowledge that they get exactly what they set out for in this single.

The collective known as Audiopharmacy does not disappoint in any way with the release of “Lose Your Mind,” which is quite literally an embodiment of its title – but in the best way I can imagine. Provocatively lyrical but driven mostly by the pride of its eclecticisms, this is a single/video combo that you should really spend some extra time breaking down if you’ve got the moment to spare for a few reasons, chief among them being the unique wealth of its compositional detail. Nothing about this release was thrown together; it is most definitely work from and for the heart and soul.