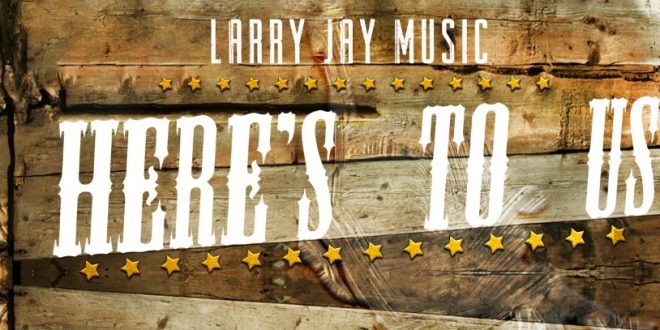 Country singer-songwriter Larry Jay releases “Here’s To Us” on Sunday, June 20th. It’s the follow up to his #2 international iTunes smash, “That Kind Of Love.”

“Such an amazing songwriter” – Jamsphere

Since releasing his single, “Drunk On Dreams,” a Top 30 UK iTunes hit in October 2020, Larry Jay has been riding a wave of successful single releases including a #1 and a #2 international sales chart hit. His November single release featuring Caeland Garner of The Voice (“Wow”) hit #1 on the iTunes South Africa country songs chart. His most recent single, “That Kind Of Love” peaked at #2 on the same chart. With more than 120K Spotify streams and a successful open heart surgery behind him, Larry Jay has ALOT to celebrate.

On Sunday, June 20th, Larry Jay invites you to raise a glass with him on his new single, “Here’s To Us.” (MTS) The video for the celebratory song about friendship already has over 1700 Youtube views in the week since its release. Watch “Here’s To Us” at https://www.youtube.com/watch?v=lQl5j06p5Gk