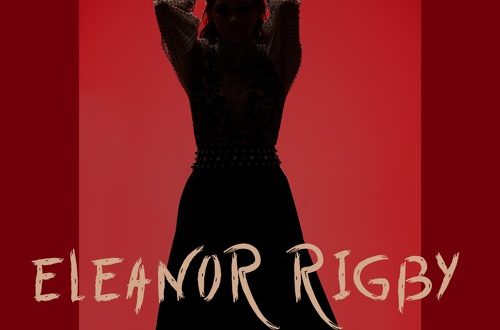 The Beatles set the standard for pop/rock before recording artists even knew the depth of artistry they could contribute to the genre, and in her new cover of the iconic “Eleanor Rigby,” rock singer/songwriter Kjersti Long attempts to raise that standard herself – with quite the intriguing results. Long has a vocal that pushes a lot of melodic tension towards the front end of any given mix, but in this performance, it’s granted a particularly possessive role in the arrangement as to constantly command our attention. She’s got an unfiltered charm that goes on for days here, and it’s all contained with four minutes of pure strength behind the mic.

Long’s voice grows more powerful as we press along in the track, responding to the crunch of the band’s incendiary instrumental output with a melodic integrity as fierce as it is inviting. She has every opportunity in the world to give the lion’s share of the weight over to her counterparts driving home the music in the backdrop, but she pushes ahead with carrying the burden of directing the song atop nothing more than her vocal. The confidence she offers us here is stunning, but not nearly as much as her actual delivery is.

The music video for “Eleanor Rigby” blends elements of a conventional heavy metal power balladry with the surrealism of a contemporary indie rock look, and all bombast and pomp aside, I think it represents the elegance coupled with the sheer intensity of this cover rather brilliantly. Capturing the duality of a piece like this one on screen isn’t the easiest of tasks at all, but Long’s concept for this video nonetheless makes the entire process seem rather effortless (for a player of her advanced caliber, at least). I’m still getting acquainted with her sonic profile, but this release does it plenty of favors.

As far as Long’s relationship with these lyrics, which she of course didn’t write, she’s able to create a sense of personality within the verses that one wouldn’t normally expect out of a track – and especially one as recognizable as this one is. She creates an innocence in this narrative that eventually scars over into something entirely unpredictable and brooding by the time we conclude the song, and had she not been a big Beatles fan beforehand, I don’t know that she still would have been able to produce the masterpiece she has here.

A sophisticated look for a singer I definitely want to hear more of, “Eleanor Rigby” is as good a cover song as you’re going to find this summer, if not the very best of the indie market this year. Kjersti Long doesn’t try to be her favorite Beatle in this performance, but instead intends to put her own stamp on the spirit of one of their most haunting compositions. She does the source material justice, and if you’re skeptical about her talents as a performer overall, I think what she’s turned in here should be more than enough to sell you on her future in pop/rock.