Home / Article / The “Future” Looks Great For Willie And The Goodsouls 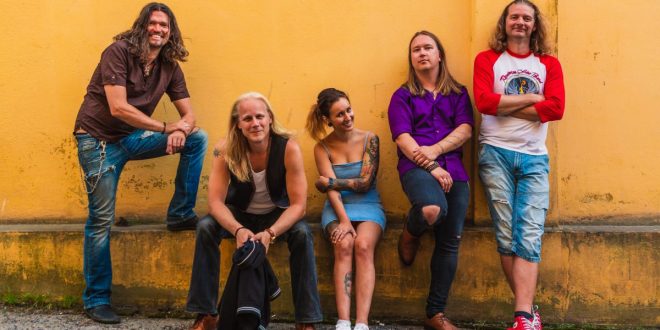 The Finnish roots rockers have released their latest single and video from their self-titled album.

With the release of 2016’s Free Willie album, the band toured Europe, entering the studio again in 2019 to record their current self-titled album. Released in 2020, Willie And The Goodsouls features 8 tracks, including the new single, “Future.” The album was produced by Hannu Leiden and Eero Kaukomies.

Watch the video for “Future” at https://www.youtube.com/watch?v=MenpBbyH8q4

Video by Slade Takala-Lamey with light assistance by Erman Mete.

Previous MIC DROP the Movie: Tearing Down Barrier Between Hip Hop & Christianity
Next 3 Ways to Fight Boredom While on the Road

Leaving pain in the past, country-rocker Chelsey James finds herself after a relationship on the …