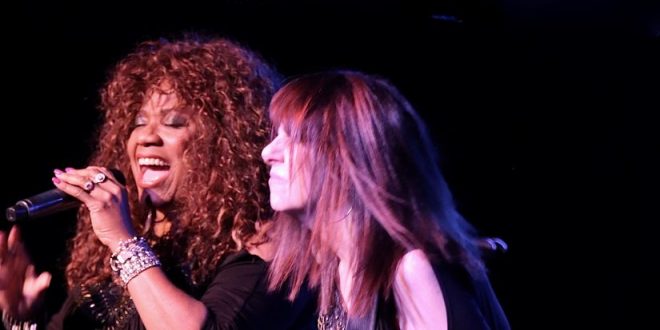 The duo of Pittsburgh-based music veterans, Stevee Wellons and Cheryl Rinovato have teamed up for “It Is Well With My Soul,” out Jun 4th, 2021.

“These two dynamic personalities complement each other with the gift that they combine for a dynamic experience. Sit back and be entertained!” —Pittsburgh Rn B

“Just saw Soulful Femme. Blown away by the vocals and guitar. The blues/funk/jazz fusion was an absolute pleasure to listen to.” —Emlenton Cultural Trust

​”A duo of dynamite wrapped up in a blanket of soul and blues.”​ —James Buckley

What happens when you combine a classically trained voice coach and vocal dynamo with a three-time Best Blues Guitarist Award winner, both with extensive studio and performing histories? The answer is simple: You get Soulful Femme. The pairing of Stevee Wellons (vocals) and Cheryl Rinovato (guitars) first performed together for a blues challenge competition (which they won!) Now, after two successful single releases, the Pittsburgh-based blues, funk, jazz duo are releasing their first full-length project.

On June 4th, 2021, Soulful Femme will release a 12-track album, “It Is Well With My Soul.” Guests on the album include renowned blues guitarist and son of Luther, Bernard Allison; blues singer and virtuosa guitarist, Joanna Connor; and singer-songwriter, Mark Byars.

“It Is Well With My Soul” was produced, mixed and mastered by veteran Pittsburgh musician, Rick Witkowski at Studio L. The album was co-produced by Cheryl Rinovato and Mark Byars, with additional production by Lee Marks (track 4, “Trouble”).

Pre-sale is already underway on their website at http://www.soulfulfemme.com A national and international press and radio campaign are also underway.

Vocalist Stephanie Wellons, aka Stevee Wellons, has been performing in the tri-state area for the last 25 years and is known for her high-energy stage presence and performance. Stevee has performed with numerous area bands and currently teaches and coaches voice at numerous CCAC college campuses in the area. Formerly, she taught at the prestigious Afro-American Institute (AAMI), in the Homewood Area of Pittsburgh. An experienced recording artist as well, Stevee has recorded in Pittsburgh, New York, Chicago and Baltimore. Stevee Wellons Band won the 2015 Blues Society of Western PA’s Blues Challenge and represented Western PA at the 2016 International Blues Challenge.​

Studying Applied Music with a 2nd major in Arranging and Composition at famed Berklee College of Music, Cheryl Rinovato began her musical career as a studio musician throughout New England. Since moving to Pittsburgh, Cheryl has pursued her musical career as a professional musician for numerous area bands and has done extensive studio work. Cheryl has also been the recipient of the prestigious Jim Weber Award, given to blues guitarist of the year, three times; in 2012, 2013 and 2015. She is a Delaney (out of Austin, TX) endorsed guitarist with 2 signature guitar models.