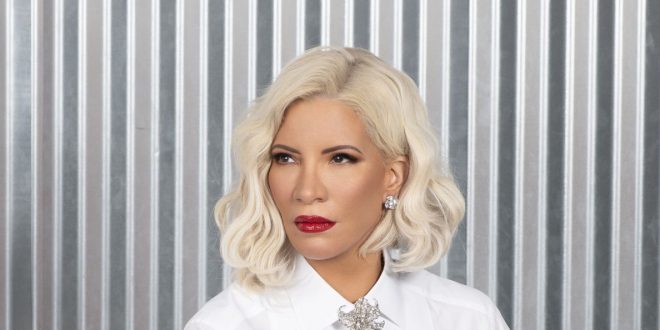 Regina Madre isn’t a typical singer, and her sophomore single “Never Be the Same” isn’t a typical song. Strutting through the silence with a swaggering control over the lyrics that only comes with a lifelong passion for music, Madre has the presence of a roaring classic jazz singer, dominating the spotlight in a smoking nightclub and drawing listeners closer with the simplest of statements in her material. She needn’t be theatrical, nor does she ever have to pose in the style of her FM pop contemporaries – if there’s one thing we can learn about her in “Never Be the Same,” it’s that the simplest of formulas are going to benefit her sound more than any other.

The term surreal is thrown around by critics an awful lot these days, but in a video like that of the one Regina Madre produced for “Never Be the Same,” it’s the first word that comes to mind when viewing the animated noir that comprises every image in the release. Here, the artistry of our singer is considered through the lens of light and darkness, giving even more depth to lyrics like “You lied / And it cut me inside, oh you lied / And you tried / To cover and hide, oh you tried / Never be the same.”

When getting into the guts of this composition, it becomes undeniable that the bones of “Never Be the Same” are actually quite simple, and certainly not anything that one could tether to the excess of an increasingly daft mainstream market among pop singer/songwriters in 2021. It’s Regina Madre who makes this single erudite in style and nothing more, which isn’t as much a dismissal of the instrumental role so much as it’s an acknowledgment of how major a part her voice has to play in this song.

There’s no getting around the obvious on this one – Regina Madre is a vocalist who the country needs to be talking about right now, and the magnificence she demonstrates as an old fashioned crooner in the single and music video “Never Be the Same” is hard to shake once you’ve been exposed to it for the first time. I like her attitude in this piece, and as long as she can restrain herself from getting overly eager in her pursuit of fame, I doubt she’s going to have a hard time hammering out some really memorable music in the next few years.