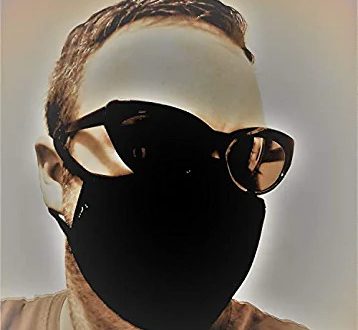 The debut album from Canadian artist, Rick Christian, entitled, The New Normal, is now available. It is something of a concept record, as it’s essentially built around one single theme; COVID-19. Though it seems as natural as sunlight to write an album about the most notable occurrence in modern history, there is an ad nauseam component of course. Fortunately, for Rick Christian and for us, The New Normal is a strong effort. Though the overall production has some amateurish drawbacks, even an untrained ear can hear that Rick Christian has genuine talent and a penchant for songwriting.

At 7 songs, The New Normal would formally identify as an EP. The relative brevity, in my view, is one of the reasons why the record is so effective. Had Christian chose to be overly ambitious, the album might have exceeded its welcome. Instead, Christian crafted an album that is the perfect length, and captures the emotional and social hysteria of the pandemic era. It’s a work that is revelatory, meditative, exigent, and honest.

We kick things off with what else, “The Human Race.” This one has a jazz by way of Daft Punk feel to it. Can’t kill my brother/to take what’s mine. There are points where Christian’s lyrics are barely discernible, but he stretches the emotional pull by applying the simplest lines at precisely the right time. There is an incredibly moving ambience to this track, and it was the perfect choice for an opener.

On “Wondering,” we get the first and possibly only cameo of a guitar. The drums on this one sound particularly pristine, with just the right amount of resonance. When I’m walking/I’m all alone/See all the people inside. That lyric could be construed in multiple ways. It’s most likely inspired by the growing sense of isolation and disconnectedness, felt during that period.

As The New Normal progresses, we start to get a clearer picture of Rick Christian’s true feelings. On “After 8 PM,” he sings, playing games with peoples/thoughts, lives, and mental health. As far as platforms go, a record seems one of the more prudent to espouse your personal views.

This one has a terrific piano-based hook, and quite possibly one of the strongest choruses on the entire album. There are so many moments of compositional ecstasy across the board on this work, that it goes a long way in forgiving any glaring discrepancies.

Note for note, The New Normal is Rick Christian’s finest effort to date. When you first learn the album’s concept, you might initially groan. But if given half a chance, The New Normal will envelop and strangely soothe you. There is something powerful in being reminded, that even if it was in suffering and uncertainty, for a moment in time, we were all universally bonded. And though we may have been divided by fear, we were also united by hope.