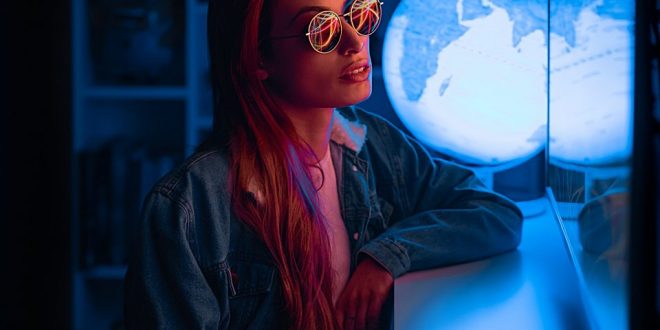 Sometimes, being in the closet means you don’t have the courage to open up even to yourself. But the music and inspiring celebrities, their success and love stories told by their songs and life tales full of success and acceptance can certainly help with that! After that, all you need is means to embrace your sexuality as something beautiful, as the girls on our list did. Then what? As the world progresses and society becomes more accepting of multiple sexual orientations; gay and lesbian dating online is quickly becoming more popular, so finding a partner will hardly be a challenge. In celebration of the LBGT community, today, we’ll take a look at some of the most famous lesbian singers. How many do you know? Read on to find out!

Hayley Kiyoko is a young, lesbian woman with many achievements under her belt. Despite being only 30 years old, she’s already achieved success as a singer/songwriter, a dancer, and an actress! In 2007, she helped found the pop girl group “The Stunners.” After one EP and 20 tour performances, the group split up in 2011, which allowed Kiyoko to start her solo career. As of now, she has released one album (“Expectations”) and a few singles. Her music is often focused around her sexual journey; for example, the music video for the song ‘Gravel to Tempo” is about Kiyoko’s previous same-sex crushes.

Since coming out as a lesbian in 1993, Melissa Etheridge has been well-known not only as an amazing singer and songwriter but also as a gay rights activist. This 59-year-old woman released her debut album in 1988, with her first mainstream album (“Yes I Am”) coming out in 1993. Through 1993, Etheridge refused to play in Colorado due to the passing of Amendment 2 (an amendment allowing discrimination against the LBGT community). Etheridge has had a few different partners throughout the years, but now she’s happily married to actress Linda Wallem. They’ve been married since 2014.

Brandy Lynn Clark is an American lesbian country singer and songwriter from Morton, Washington. She’s recorded with many big-name acts, such as Reba McEntire and Darius Ruckus, throughout her 20-year music career. Although the majority of her work consists of songwriting with or for other artists, Clark has still released three studio albums and one live album over the years. Her music doesn’t focus on sexuality, but Clark has acknowledged in interviews that her experiences and struggles with her sexuality have helped influence her lyrics, giving her the “other” perspective that many other artists lack in their writing.

Younger than many of the other artists on this list is Katorah Hortense Marrero, commonly known as Young M.A. Born in 1993, Young M.A (whose stage name stands for “Me Always”) broke into the Billboard Top 100 in 2016 with her hit song “Ooouuu.” Although she initially identified as a lesbian, Young M.A no longer identifies as such, instead saying she “do no labels. [She] just wouldn’t date a guy.” After losing her brother in 2009, Young M.A started the KWEENZ Foundation, a foundation dedicated to helping those in her East New York neighborhood deal with the loss of loved ones.

Tegan and Sara are identical twins, but they are also a Canadian pop band with nine studio albums and multiple EPs. Currently, both age 40, the pair have a long history when it comes to fighting for LGBT rights. Openly gay, they’re done everything from partnering with an ice cream truck to create a marriage equality ice cream sandwich to founding the Tegan and Sara Foundation. They’ve also appeared in multiple interviews/podcasts, spreading their message while promoting their music. In 2014, the pair even beat out Lady Gaga to win “Outstanding Music Artist” at the GLAAD Media Awards.

Last on our list is Aleksandra Lilah Yakunina-Denton, more popularly known as Shura. This 32-year-old English lesbian singer/songwriter mainly works in synthpop and electropop, with her career beginning back in 2014 and continuing today with her single “Obsession” featuring Rosie Lowe. Although Shura isn’t as prominent in the LBGT activism community, her work (such as the music video for “What’s It Gonna Be?”) promotes and celebrates the acceptance of all sexual identifications.

Coming from different backgrounds and conquering different genres, queens from our list are the prime examples of LGBT art having a loud voice to represent the community. There’s always someone to look up to, so tell us in the comments which artist is closest to you!

Stephen Vicino is the founder of MusicExistence.com. He created this site to give talented musicians a voice and a way to be discovered.
@@svicino
Previous Single Review: Greg Hoy “Here Comes The Light”
Next Album Review: Rick Christian “The New Normal”

Spellbinding soundscapes, heartfelt songwriting, and bold soaring vocals that are impossible to ignore—Welcome to the …