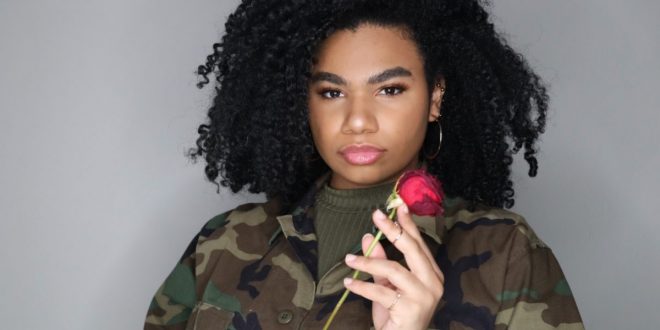 Creating a vocal harmony that is both bruising and still melodically palatable to the audience isn’t an easy feat – on the contrary, it requires a level of focus simply not found very often on either side of the dial. When an artist can pull this kind of formula off as capably as Wé McDonald does in her single “Head Up High,” it’s impossible for critics to ignore the talent at hand, and this is the precise reason so many of us have been talking about her work in the last few years. “Head Up High” is a staple in her discography, and a song you need to hear if you haven’t already.

The beat here amplifies the natural melodic tension in the instrumentation better than any synthetic rhythm could have, and by giving the tempo over to the drums as opposed to running everything through her vocal cadence, Wé McDonald winds up sounding a lot more sophisticated than many of her peers would have in this scenario. It’s quite obvious that she’s not the sort of artist to throw something together, stamp her name on it and press ‘upload’ on release day, and if this weren’t true, the finish in this single and its video wouldn’t be nearly as alluring.

McDonald’s old school crooning style is really becoming in this kind of a composition, as it allows for her to be stylish without having to hold an impossibly difficult pose for the duration of the track. So much of the charisma in this piece is being sourced from the energy she’s affording the lyrics through the manner she’s singing to us, which is a lot more favorable to a listener like me than relying on instrumental pageantry exclusively. She’s multifaceted, and the detail here exemplifies as much.

“Head Up High” features an electric guitar component that really sizzles right when we need it to, but it never steps in on the placement of the vocal in the arrangement. McDonald wants to showcase her organic abilities in this performance, and were she to obscure her exposed melodicism with bells and whistles of any kind – fanciful electric blues guitar parts included – we wouldn’t have as intimate a path of access to her emotions as they’re presented at face value. There’s nothing (and nowhere) for her to hide in this document, which is essentially why it’s so easy to relate to her unapologetically human disposition.

Wé McDonald absolutely crushes it in this 2018 indie staple, and in the last three years I think it can be said that the song has aged like a fine wine. Her songwriting is undeniably as tight as any elite composer’s in the game today, and from the looks of her ambitions, I don’t know that we’re even getting her complete potential here. That’s a bold statement to make given how powerful her performance really is in “Head Up High,” but for someone with her talents, I don’t think it’s too grand an observation at all.