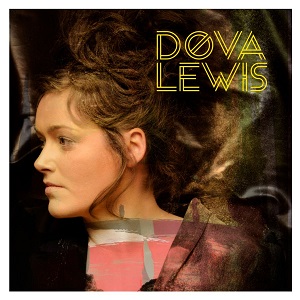 Dova Lewis has arrived, with her self-titled EP, featuring the single, “Dreamer.” Dova is a Singer/Songwriter, originally from Montreal, but has also spent time plying her craft in Los Angeles, and even, Hawaii. A free spirit and a creative soul, Dova became interested in music around the age of 14. She received her first guitar, as a gift from her father, and would then form a “loud rock” Alternative duo, with a drummer. This would explain the raspy and biting quality to her voice on “Dreamer.”

Dova Lewis is the type of artist that gets an instant reaction. Her style is visual, impassioned, and somewhat eclectic, which gives her a certain immediacy. She has a background in film, and a love for grunge that gives her an edgy quality that allows her to stand out amongst her potential contemporaries. “Dreamer” is a perfect example of Dova Lewis’s slightly unorthodox approach. What starts off as a delicate, almost conciliatory piece, spectacularly implodes in a moment of musical apoplexy, that is virtually gasp inducing.

Because “Dreamer” is such an unassuming piece, its effect might initially go unnoticed. It’s a song that is best experienced, upon keen inspection. Regardless, the piece will garner a reaction, but without insisting upon itself. The chorus is likely to give you chills, because there is such an overwhelming sense of urgency, that arrives in the most inexplicable way, possible. One of the reasons it seems to work so well, is that it doesn’t seem contrived in the least, but yet an organic burst of inspired emotional catharsis.

Dova Lewis is an artist that is writing and performing Pop Music, that was inspired by Rock. As aforementioned, her love of grunge is the key to what makes her stand out, as she combines the well-intended harshness of Rock Music, with the musical resonance of Pop. This creates a potential for Dova Lewis to reach a wider audience, and a smaller likelihood of alienating some. For her studio debut, Lewis recruited producer, Darryl Lake, who had previously worked with Macy Gray and Erykah Badu. The decision paid off in a big way, as there are virtually no blemishes from a production standpoint, but rather a stellar rendition of highly dynamic material.

There’s a Del Toro like video for “Dreamer.” After some introductory footage of Lewis, herself, we see a wide shot of a brightly clad figure, who suddenly reveals themselves to be a professional dancer. This is difficult to put into words, as you have to see it to fully absorb the impact, and how it enhances the entire listening experience. It certainly denotes a dream like state, in the most wonderfully subtle of ways. Go out of your way to see this, as you will not regret it.

“Dreamer” is a song that for all intents and purposes, you should be hearing more of in the near future. Dova, herself, seems to be just scratching the surface of her immensely unique talent. She certainly doesn’t seem to have an aversion to taking risks, which should serve her well as her journey as a songwriter, unfolds. As for now, we have the striking debut of her self-titled EP, and the powerful single to acclimate ourselves to Dova Lewis. One thing we do know, is that she’s still a dreamer.

Previous MATT DANIELS (ex-SHALLOW SIDE) Flips Tragedy to Triumph and Takes Rock to the Gym with ROYALTY HEALTH & FITNESS!
Next Pistols At Dawn Release Single/Video