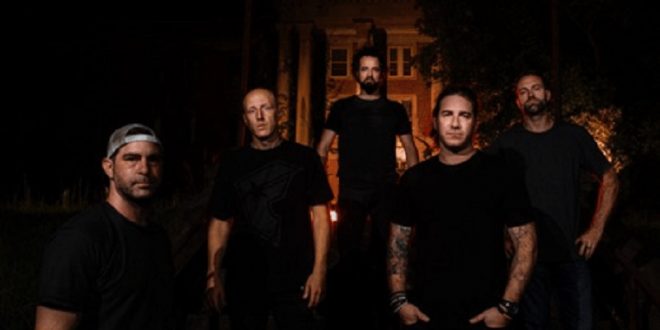 Wake up/I don’t want to listen anymore/To voices. Those are lyrics from the chorus of the first single, off of Pistols At Dawn’s EP, Nocturnal Youth. The song is of course called, “Voices,” and the band cites the never ending chatter that permeates our social experience as the inspiration for the song, as well as the voices in our own heads. It’s certainly topical subject matter, and the band leans into their views, boldly, yet responsibly. The idea that everyone would one day have a platform to share the opinion on is now very much a reality, and it’s interesting to wonder how many still believe it’s a good one.

Pistols At Dawn is based out of Atlanta, GA, and they are self-described as a Hard Rock band. Commendably, they keep their classification simple, with so many head spinning variations on genres, these days. They could be considered a throwback of sorts, but their experiences in the technological revolution, color their music with a modern paintbrush. They combine soaring and passionate vocals, with hard edged guitars, and a groove heavy, rhythm section. You can hear elements of Disturbed, Breaking Benjamin, and Stone Sour in their sound.

In 2018, the band lost one of its guitarists, as the late Mike Buffa, unfortunately passed away. They made the tough decision to keep moving, and through the great lockdown of 2020, the put the finishing touches on Nocturnal Youth. They sound like a band who has been together for decades, as they are incredibly tight and structured. Every instrument is given ample room to breathe on “Voices,” which makes the listening experience quite dynamic. The chorus is huge, but it’s also a natural sing along, that is easily recalled.

In the video, we see a very stripped down setting, with dark lighting. Lead Singer, Chris Pierson, uses a unique mic, that sort of resembles a megaphone. The band wanted an intimate atmosphere for the video, and they certainly achieve that. Pierson emotes with all that he has, as guitarist, Tommy Richardson stops the show with a blistering but tasteful solo. The drum cymbals, sound fresh out of the package, and are played with enormous intensity, as both the rhythm guitar and bass give everyone ground to stand on.

“Voices” is a song that has potential in several formats. In the YouTube comments, someone suggests the song be used for an NXT: Takeover special, which was actually my first thought upon hearing, it as well. This music has a built in audience, and due to its texture and energy, it will appeal to some, based on that alone. Others might find PAD to be torchbearers of an era, long gone by, attempting to feed off of whatever lingering refugees of Nu Metal, remain. You can’t deny the musicality though, and what feels like a beating heart behind the obligatory angst.

Pistols At Dawn is a flickering light in the thinly populated house of guitar driven rock.

Things change on the hour of course, and what’s old is often new again, but this particular style simply isn’t well represented in the mainstream buffet, anymore. PAD is a band that is going against the grain in some sense of the word, and falling in line in others. What is certain, is that their very existence is an aversion to the ever present threat of technical extinction. So turn down the toxic voices that infiltrate the sacred spaces in your head, but always, let yours be heard, when you have something to say.