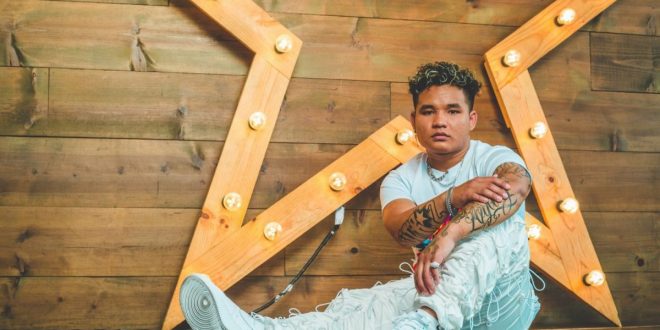 In his new single “If U Want 2,” Star 2 asks us to “Let me be your king / I will bring the light / Let me bring your blanket / I can tuck you in at night,” and with every verse he sews into the melody his heart becomes more exposed to the audience. For a time that has become a new renaissance for progressive R&B, Star 2 is spitting outrageous game few critics in the industry have been able to ignore, and taking a peek at his latest song and its music video should clue you in as to why he’s getting the cred he is.

Star 2’s execution is backed by a confidence I don’t usually see in a player as young and fresh in the game as he is, but he’s careful to avoid tripping into any arrogant territory as he structures the story with his lyrics. His harmonies are an absolute dream, and if they were filtered through a slightly more psychedelic-inspired hue in the style of his cloud rap contemporaries, I would even be compelled to call them surreal in nature. There’s postmodernity in his sound that I want to see him experiment with, and the formula he’s employing here shows it off perfectly.

I love the soft tone of the music video, and where the track almost feels a little clubby by itself, the imagery here makes it feel more like the ballad that it was always meant to be. Love songs have been made thousands of different ways, but I like the ironic stylization of this neo-slow jam more than I do the straightforwardness so many of Star 2’s rivals are going with right now. It preserves the natural personality of the music, and lets us know how real this artist is actually being with us.

Built for the club or a casual afternoon spent between two lovers the same, Star 2’s “If U Want 2” feels like an instant classic for fans of balladic R&B and hip-hop. While he’s not a rapper in the traditional sense, Star 2’s soulful approach to the hip-hop aesthetic in this track tells me he’s not afraid to get a little experimental if it means getting his message across all the easier, and in the years that follow this single’s release, I think we might see him blossom into a truly iconic figure in this genre – if everything goes according to plan.