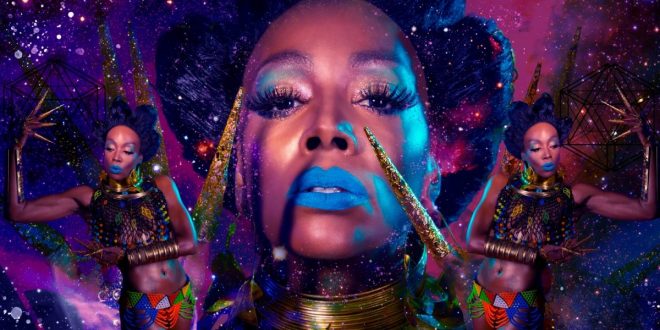 Sy Smith is out to prove that a delicate vocal can also create a tremendous amount of melodic decadence in her new single “Feeling Good,” and while she didn’t pen this iconic number herself, she manages to breathe fresh life into its muscular harmonies like no one else in her genre could have. Smith’s vocal is accompanied by keyboardist and producer DominiqueXavier of Prince and Snoh Aalegra fame, and while it navigates these grooves with an agile sensibility impossible for listeners to miss, it’s anything but forceful with the melodicism it creates with such heavenly precision.

The instrumental reconstruction of the hook in “Feeling Good,” led by DominiqueXavier, could be one of the best features this single has to offer outside of the singing Smith is contributing to the fold. Every part of the arrangement could be deemed conceptual, but I don’t think there’s any arrogant self-righteousness on the part of the players in their efforts to make this their own. It feels too much like an homage to Nina Simone to contain anything so negative, and personally I think it’s all the more fetching because of how openly these two wears their inspirations on their sleeves.

The music video for this single blends numerous cultural references with a cerebral quality that pushes the envelope for the overt R&B aesthetic further and further to the left, but if you’re into alternative soul, it’s a vision you won’t soon lose from your memory. There’s a case to be made that the video is a perfect extension of the spirit behind the performance, and to some degree makes this release more complete than simply listening to the song on its own would. This is what a filler-free cover looks like, and I’m a fan of what I see.

Hardcore music lovers are pretty discriminatory when it comes to artists playing each other’s material, especially when said material has already been recorded by some of the greatest titans the industry has ever seen, but this is one cover simply too exceptional for any listener to be ignoring right now. Sy Smith puts on a soul clinic in this single and its video that has convinced me of her artistic eminence and then some, and if she can put the same enthusiasm and magic into her own original material in the future, she’s going to see her reputation remain one of the most respected among her peer group.

Previous DEZ MONEY TO RELEASE “LOST” ON APRIL 9 MORE SINGLE SONGS TO COME THIS SPRING WITH A NEW ALBUM COMING LATER THIS SUMMER
Next Single Review: “If U Want 2” By Star 2