Home / Album Reviews / Single Review: Nick Hawk “You Can’t Talk As Much Shit As Me” 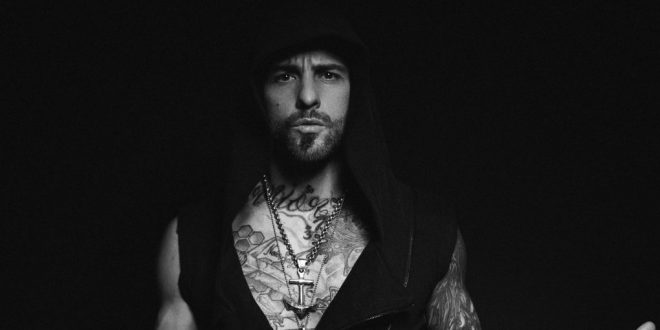 The music video for Nick Hawk’s new single “You Can’t Talk As Much Shit As Me” doesn’t take us to the normal venues one would typically find in a modern hip-hop video. We’re not overwhelmed by the luxury of the imagery nor the implication of menacing attitude skulking about in the shadows; we’re put into a desolate backdrop of isolation beside Hawk, left only with his words and the disturbingly slinky beat as a means of understanding his passion here. It’s both postmodern and remarkably black and white, yet it’s enough to get me very interested in hearing more of this artist’s work.

From a compositional and instrumental standpoint, “You Can’t Talk As Much Shit As Me” is very much a vocal-focused single, but it doesn’t lack any of the bells and whistles I would want out of a juggernaut rap track just the same. This bassline is one of the more clearly defined tonal elements I’ve reviewed in any indie hip-hop release this month, and when balanced out by the scathing commentary of the lyrics it has a much more monolithic role in the grander scheme of things than you might be expecting it to (in a good way, of course). There’s doing things to fit in with a trend and then there’s doing something to find your own path, and here, Hawk is definitely engaging in the latter.

I was not aware of the music Nick Hawk was making before I got into this latest release, but now that I’ve been schooled on his skillset first-hand, I doubt this is going to be the only time I give his output some attention. There’s just too much to be unpacked here to look away, and despite the deceptive minimalist cues I think there’s a bit of grandiosity in Hawk’s sound just waiting to come out and play with the audience. Time will tell for sure, but to me, this is one of the better rappers you could be following at the moment.