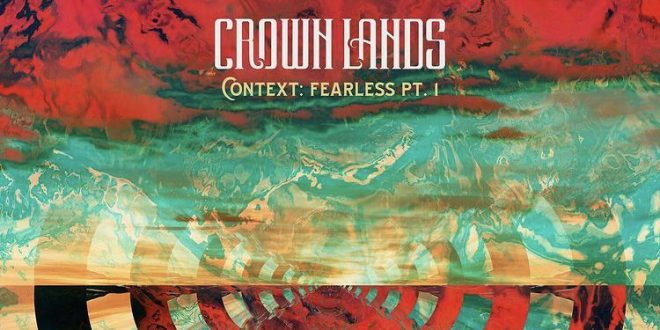 Crown Lands, the exhilarating duo comprised of Cody Bowles and Kevin Comeau have released not one but two new singles of epic orchestral rock n’ roll. The band from Canada worked with Nashville based mega-producer Nick Raskulinecz (Halestorm, Foo Fighters, Rush) to release two singles today; “Right Way Back” and “Context: Fearless Pt. 1.” The latter is an eight minute journey through prog-rock history, that sees Bowles and Comeau dive into the new sound they’ve been itching to try out. Whereas “Right Way Back” is more mainstream and acts as a sonic and lyrical tribute to the great Neil Peart of Rush.

While the band has been drawing Rush comparisons for a while now, today’s new music illustrates how Crown Lands is taking control of their own sound amongst the flurry of new rock bands making their rise in the industry today.

“To have grown up with nothing but the purest adoration for this band, to have finally scaled the impossible summit together and sit at the table with our heroes is a humbling surreality unlike anything else. Working with these legendary producers-now-friends is something we hold near and dear to us. If life is a wheel, please let it spin” said Bowles.

It’s been a big week for Crown Lands who were recently nominated for two Juno Awards and made their Rolling Stone debut. The iconic music magazine premiered the new Mandalorian inspired video for “Context: Fearless Pt. 1” and praised the band for their gutsy take on rock n’ roll. Having already received praise from rock veterans like Jay Buchanan of Rival Sons and Lzzy Hale of Halestorm, it’s only the beginning for this band from Oshawa, Ontario. Check out last year’s Music Existence interview with Crown Lands here and their new video for “Context: Fearless Pt. 1” below.

Katie is a Toronto based writer for Music Existence. She loves all things rock n' roll & Star Wars.
@katietymo
Previous Single Review: “How I Feel” by Leni Black
Next All For God Muzik Is Making Holy Rap For Christ