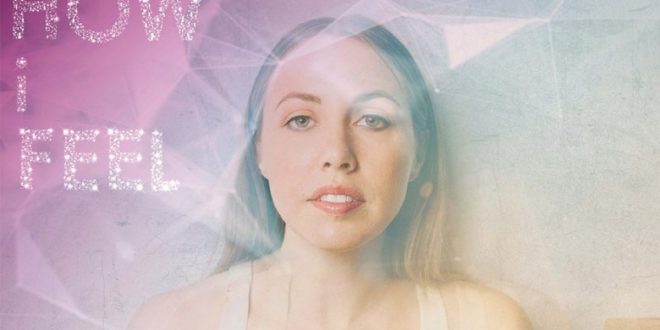 Single Review: “How I Feel” by Leni Black

Rich but made valuable through more than its melodic charms alone, Leni Black’s singing is reasoning enough for you to check out the new single “How I Feel” this spring, but if you think it’s the only noteworthy element comprising the third official release from this Bostonian pop balladist, you’re in for quite the surprise. Building atop the angularities of her first two singles, “Marigold” and the debut “Barcelona Butterflies,” Black reestablishes herself as a vocalist and steward of harmony more than she is a pop virtuoso in this performance, and if you came into the song with as high a set of expectation as I did you will be very pleased by what her hard work has produced in “How I Feel.”

From a lyrical perspective, there’s nothing all that over the top or life-changing about this single, but I don’t believe its release was about raising the bar in this player’s poetic department. There’s a grandiosity to the texture, tone, and very stylization of this mix that suggests much artsier ambitions, and I don’t think I’m going to be the only music critic who notices as much this season. Black featured stronger attention to detail in “Barcelona Butterflies;” here, she’s ready to relax, let her hair down and allow for the brilliant gifts she’s been given to do most of the communicating for her – sans any external interruptions from the backing band. Anyone can take a good riff or a sexy beat and match it with a fair rhyme, but what’s transpiring in this track requires so much more dedication.

The raw physicality of “How I Feel” is honestly the biggest point of interest outside of Black’s vocal, and I really love how well it helps to define the narrative in her lyrics without reshaping the emotion in her voice. The harmonies are what lend an intimacy to the general vibe in this song, and had they not been given as careful a treatment behind the board as they were here, I don’t think that we’d be feeling the full scope of the passion we were always meant to in this single. There are a lot of critics who would say pop music is becoming increasingly overthought by the millennials and zoomers slowly starting to occupy its central spotlight but for my interests, this is exactly where the genre needs to be going right now.

Unafraid to be bold and colorful with every part of her music, Leni Black is setting a good example for her contemporaries and even some of the older players to have entered the industry before her in “How I Feel,” and if this song were to become the cornerstone of a full-length studio album I think it would likely jump-start a lot of interest in its creator and the multidimensionality of her artistry overall. I’m bewitched by her talents, and even though there’s still more we need to learn about her, she’s proven rather transparent and willing to embrace the listeners in this the latest cherry of a single.