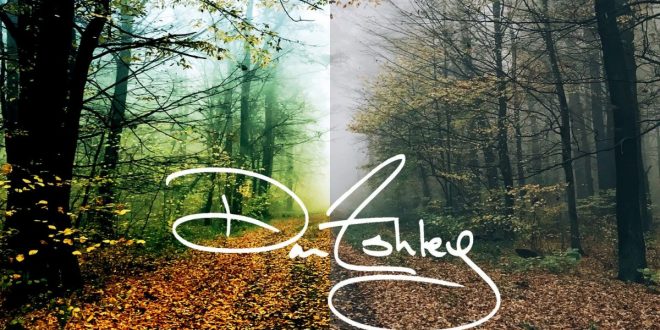 Dan Ashley seeks to understand the passageway from the past to the present, on his new single, “Now And Then.” True to its name, the song signals the halfway point of modern and classic influences, with a slight favoritism towards the latter. Ashley’s quiddity is exemplified by his marriage of genres, and Tom Jones style of intonation. The more acquainted you become with Ashley, himself, you discover more layers to peel back, that supersedes what is on the surface. His modesty is complimented by his starry-eyed idealism.

Dan boasts a star-studded resume, having opened for major names, such as REO Speedwagon, Cheap Trick, and Melissa Etheridge. His music education began at an early age, in his native North Carolina. Currently residing in San Francisco, CA, Dan is as active as ever, as is evident in the contemplative piece, “Now And Then.” Ashley’s new single is a colorful affair, imbued with the shades of evergreen forests, and scented with the pungency of pine. It establishes a setting that is both magical and grounding, as Dan’s vocal stylings have the ability to lift you up, and then provide snapshots of introspection, as you fly.

His style is said to be one of Country, Americana, and Rock and Roll. On this particular track, we can hear elements of folk, and traditional pop standards, that exude a classical temperature, coupled with a fresh energy. Things kick off with a slight progression on the bass, followed immediately by a sweeping dual track of guitars. The music is layered, nicely, but at times it sounds like the final mix might have been a bit rushed. Ashley’s vocals are given a good rendering, which is ultimately the objective, of course.

Older now/wiser too/still waiting on the truth. There are several key lyrics on “Now And Then,” and this is chief among them. It shares that even with age, we are still awaiting the answers to the most lauded questions of life. It’s existential, but without the despair, and should readily resonate with those who feel they have reached a plateau in their lives. The soft and naturalistic musical backdrop subliminally administers a comfort to the deeper questions examined in the lyrics.

Keen listeners will hear a few inconsistencies in the production of “Now And Then,” but it truly makes it no less enjoyable. It’s not only Ashley’s vocals that carry the song but his style and genuine expression of character. He comes across as someone who truly values his listeners, and pines to make them aware, via his performance. He expresses a firm grasp on the subject matter, most likely by having either lived the sentiments or possibly, currently navigating them. He seems trustworthy, which is likely the core to satiating and expanding his fan base.

“Now And Then” is the kind of track that serves a specific role in the grand scheme, and a cornerstone to Ashley’s existing catalog. It may take a listen to fully embrace, but once it does, you won’t mind revisiting it. It may or may not be the song, Ashley is remembered for, but the lyrical depth, and delicate rumination on aging, make it a valuable addition to his discography. When we allow ourselves to travel in time with nostalgia as our companion, we know exactly which direction we are going. It’s when we return to the moment at hand, that our direction is guided and appropriated by the strength we have gathered from our past.