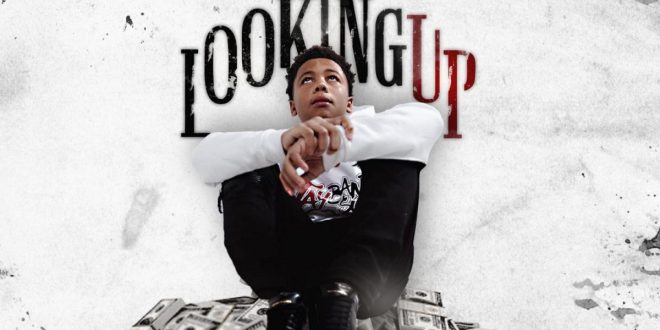 In his official studio debut, a single and music video by the name of “Looking Up,” Jaybandsome makes it a priority to establish himself as a nimble linguist above all else, but this doesn’t prevent his organically soulful voice from making an impression independent from any other element in the mix. “Looking Up” prowls instead of pounces, but it isn’t without a certain bastion of urgency inspired by its beat that could get just about anybody in the mood to swing their hips. Jaybandsome is an undisputed star here, and his natural adeptness is unquestionably the reason why.

You can tell that melodicism matters a great deal to this young man just by analyzing the construction of this track’s climax, which is meticulously built around what his unfiltered voice can achieve on its own. Anybody can Pro Tools a track and surgically replace authentic duds with synthesized studs, but what Jaybandsome is pushing himself with in this performance takes a lot more guts (which almost no rapper in his age group has, or at least is ready to use by this point). He’s got prodigious skills, and they’re definitely not going unexploited in the clinic he’s putting on here.

The music video for “Looking Up” is about as Hollywood as it gets, touching on some familiar visual and compositional themes most of us have come to associate with the melodic non-cloud side of hip-hop and trap over the past five years, but our leading man’s personality doesn’t translate as self-righteousness in any capacity. Honestly he’s coming off as being rather mature and full of self-control when you look at the potential for what he could have done with all of the bells and whistles he so clearly has access to; the music, it would appear, is just too important to him.

I wasn’t listening just a couple of weeks ago, but right now I’m really looking forward to seeing how Jaybandsome is going to develop his style in the time following the release of “Looking Up” this late winter season. He’s got the chops and the sound to fit in with the cool kids, but I think getting him into the booth with some collaborators a bit older and more versed in the business will ultimately reveal his depth and sustainability as an artist in this new era. I like what I’m hearing so far, and I think you’re going to as well.

Previous renforshort Drops New Single and Video for “virtual reality”
Next Electro/Industrial Artist I YA TOYAH Unleashes New Single & Video, “Out Of Order”