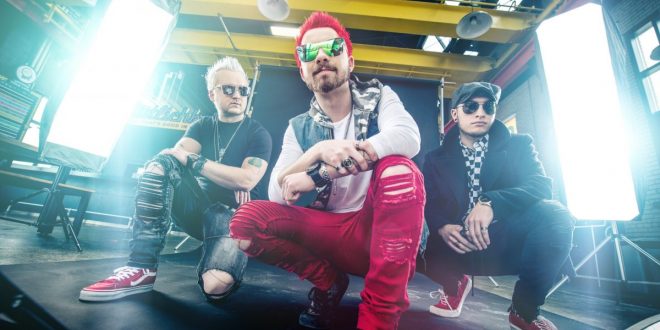 Minnesota rockers Version 5 have returned with “Close My Eyes”, a no-nonsense, grinding rock tune with a heavy chorus and larger than life drums. “Typically Andy and I start with a synthesizer/beat groove for songwriting, but this time we started with a riff- so we decided to run with it,” explains Spencer Olsen, who along with his brother Andy and drummer AJ Rowe make up Version 5, ” “Close My Eyes” leans more into the rock world than our typical tracks to help balance out the experimental electronic songs coming out later in 2021.”

Along with the track, Version 5 have also dropped an action packed music video ripped straight from the 1920s. “For the video, I thought it would be cool to “bring back the roaring 20s” for the 2020s,” explains Andy, “Spencer, AJ and I liked the idea of being a jazz trio- because this song was a heavy rock song, we wanted to avoid the cliches and have an image that isn’t necessarily associated with a rock band. We lucked out, because we were able to rent out an actual speakeasy bar in Minneapolis.”

Watch the video below: