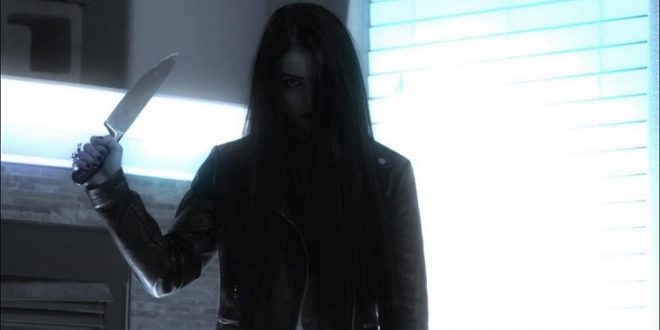 Nearing the release of her upcoming LP, Morbid Illusion, Dark Rock artist SHARONE has released a darkly cinematic official music video for the third single, “Screaming Into Oblivion.” Directed by Kyle Lamar and Justin Purvis at Digital Myle, with cinematography and editing by Kyle Lamar and Spencer Macy, “Screaming Into Oblivion” features the enigmatic Denver based artist with bassist Zach Barrera.

“Screaming Into Oblivion is about depression. I wrote the song when I was feeling very alone. It seemed that no matter where I turned, all I was seeing was emptiness, and my brain was taking over me. I’ve dealt with mental illness for many, many years. It’s a reoccurring part of my life. I try to shed light on it in my music when I can, because I know I’m not the only one who deals with it. And it helps those people, knowing that they’re not alone.

For the music video, I went with a ‘Clue (board game) meets The Grudge‘ theme. The idea was to show different characters trying to figure out who it was who killed me, and at the end we discover that I was the only one there the whole time. That I imagined all these different people in my head and there was no one else around.” – SHARONE 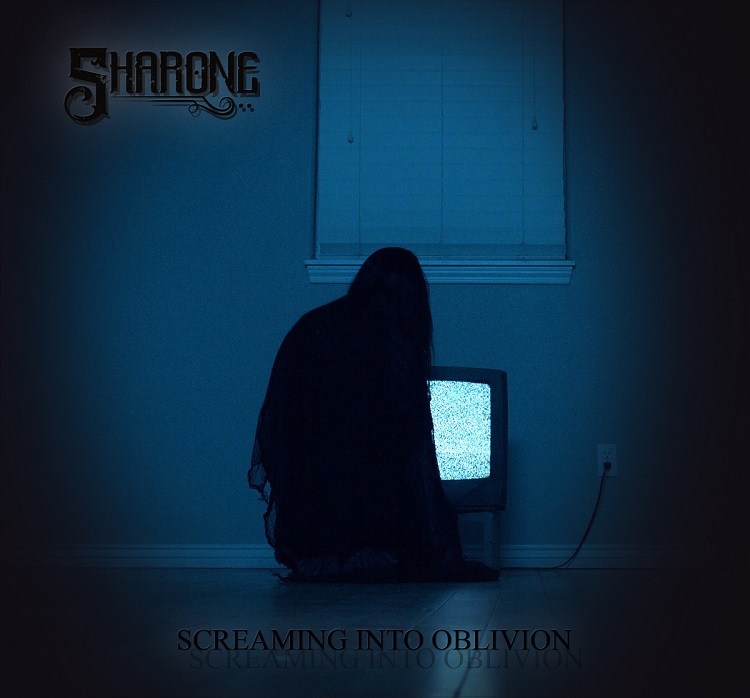 Sharone erupted onto the Denver music scene as a solo artist in 2014 playing local DIY venues; since then she has gone on to play venues such as Marquis Theater, Bluebird Theater, and Gothic Theater, playing festivals, and opening for bands such as One-Eyed-Doll, The Birthday Massacre, Fuel, Saving Abel, Davey Suicide, Tantric, Hell’s Belles, Stitched Up Heart, and Puddle Of Mudd. The atmospheric and melodramatic music of Evanescence and the psychedelic blues of Black Sabbath inspired Sharone to start performing her music live with a full rock band backing her. Despite sustaining a dark and melancholy tone on recordings, the gothic artist’s live shows are nothing short of energetic, full of heavy piano riffs, pulsing rhythms, and enthralling theatrics. From emerging from a coffin to jumping off of monitors and captivating contortions, Sharone captures the interest of each audience member through her piercing stage chemistry with her live musicians, and her ever-growing theatrics. In the spring of 2017, the singer left her mark on the Denver music scene with the release of her first rock album ‘Storm’. Following the release, dove deeper into her writing, and came back stronger than ever with the reincarnation of her dark sound: ‘Enchiridion of Nightmares’ (2018).

“Like a series of dark fairy tales, Enchiridion of Nightmares the new album from dark [rocker] Sharone, captivates, seduces, and haunts. Each of its notes, let alone songs, comes with a shadow to [her] beauty, melancholy to [her] light, and intimacy to [her] grandeur with it all colluding in an adventure which just steals the imagination from everyday reality. There is a rich cinematic and theatre-esque feel to Enchiridion of Nightmares which equally adds to its captivation; indeed its songs entwine an influence of horror movies, vintage and modern, into their personal nightmares. With just as richly layered and dramatic sounds to its exploration, the album is a persistent unveiling of new twists and shadows listen by listen. On our first meeting intrigue soaked the pleasure, through a couple more captivation, each subsequent listen leading to the inescapable bewitchment these words spring from.” –The Ringmaster Review

Sharone followed up the release with three exhilarating summer and fall tours, reaching audiences across the western, central, and eastern United States, and spent the remainder of 2019 recording her third studio album ‘Reflection’, which was released December 7th, 2019.

“[Sharone] showed that she was adept at harnessing the chaos on her previous couple of albums and she’s really turning the gothic-art-pop-rock up on her latest long-player. It’s packed with dark fairytales and swooping riffs as well as more theatrical invention that you’d find at the Royal Shakespeare Company.” – The Crack Magazine

In summary absolute female power, which reminds of Evanescence and Tarja Turunen. This talented singer makes you curious about her live performances!” – Stormbringer.at

Sharone really pushes out the emotions and passion she has for music with this album. It is full of fantastic piano chords and guitar riffs that really show off her band’s talent as a whole. I am excited to see what she releases in the future and will keep an eye out for it. In the Spring of 2020, Sharone signed with Devil Inside Records, and began working on her fourth studio album. The first single “Can We Pretend” was released July 24th, and has been the young rocker’s most successful release to date.

This unique rock artist is destined for success in the metal and goth rock realm. Look out for more new music from Sharone coming very soon.