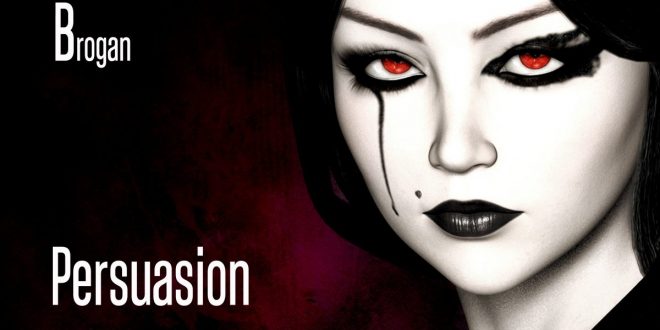 Fitzsimon and Brogan (FaB) have released the 2nd single from their latest album, “This Wicked Pantomime.” Their previous single hit #1 on iTunes Rock charts.

“Hear ‘This Wicked Pantomime’ as soon as you can…theirs is a fifth album that alternative fanatics can’t afford to miss” – Kim Muncie, NeuFutur Magazine

“Definitely a unique offering that deserves your attention” – PowerPopaholic

When Neil Fitzsimon and Bee Brogan (FaB) set out to release their new album, “This Wicked Pantomime,” the duo was coming off a self-imposed one-year hiatus. While it hadn’t been that long since their track “Girl In a Gilded Cage” had topped the iTunes charts in Belgium, the uncertainty of the musical landscape in 2020 made the release a precarious project. Throwing caution to the wind, the first single, “A Toy For Juliette” featuring Elvis Costello’s drummer, Pete Thomas, immediately shot to #1 on the ITunes Rock songs chart in South Africa. The track amassed more than 38K Spotify streams in just 2 months.

Now, FaB is releasing a second single from the album. The song, “Persuasion” was written by Neil, as a special request to Bee: “Bee is a die-hard Jane Austen fan and asked me to write a song with the title of one of her most famous works, ‘Persuasion,’ in a modern day scenario,” Neil says. “As Bee’s wish is my command, I have done so.”

Fitzsimon wrote and plays guitar on the track, while Brogan engineered, sang vocals, played keys and drums. “Persuasion” was mixed by Pat Collier (Katrina and the Waves, The Vibrators.)

Watch the lyric video for “Persuasion” at https://www.youtube.com/watch?v=pb4R-lA_97M.

ABOUT FaB: At the crossroads where Bowie meets the Beatles and Elvis Costello meets The Smiths, you will find UK-based pop duo, FaB (Fitzsimon and Brogan.) Preferring to remain faceless in an industry that holds image in high regard, FaB have gone on to form a songwriting/production partnership that led to placement of their songs in Film and TV, including a USA Sci-Fi Feature Film. They also wrote a musical, Jack Dagger, which was showcased at the Greenwich Theatre, London for the Musical Futures Award. It was also showcased at the Bridewell and the Royal College of Music in London.

The duo had a track reach number 3 on a French national download chart. They also hit #1 on the Belgium iTunes singles sales charts. The Billboard Magazine Emerging Artists have been featured on the NBC Radio and Westwood One Radio networks, as well as ABC, FOX, CBS and NBC news.

Previous 5 Ways You Can Include Music In Your Wedding
Next Single Review: John Vento “No One Wears A Watch Anymore”