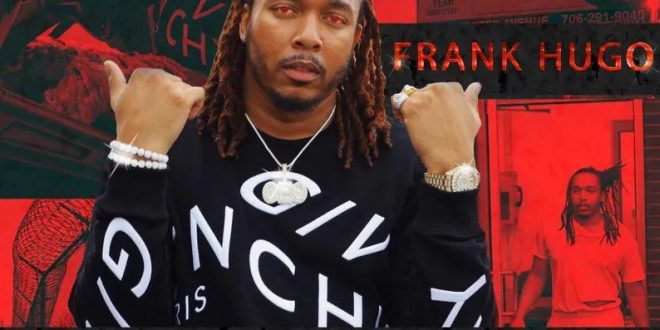 Frank Hugo is a boss in his scene, and in the music video for his new single “CEO Flow” he’s rolling as hard as a hip-hop emperor rightly should. Intro? That’s too 2010s – in “CEO Flow,” Hugo is interested in getting right into the guts of the beat with a hard flow that could never be mistaken for the buoyant, half-melodic stylings of an increasingly eclectic cloud rap movement. He wants to give us something just a little heavier than what the competition has been producing lately, and if you came for some big grooves and an even bigger personality in the vocal, you’re in for quite the treat indeed.

Visually speaking, the music video for “CEO Flow” is an extension of the boss persona this artist wears so incredibly well. There are a handful of props and a lack of elegance as we stack decadence on decadence for no real purpose other than to bask in the lustiness of the imagery, but all of this feels right because of the way the music complements every shot. Time and comprehensive planning will win any artist a loyal following, but the raw talent this man has is something that does even more (and with less effort, I might add).

The hook in “CEO Flow” is not as significant as the man breathing life into it is, but this isn’t a knock on the integrities of the instrumentation at all. Instead, it’s a bold acknowledgement of how important the signature sounds of Frank Hugo are to this narrative and, more importantly, how it’s received by audiences. He’s put his own spin into this song and now no one else can quite refurbish or restyle its bones without bringing to mind the high quality of the original piece as it’s been released here.

If this is just a preview of what Frank Hugo is going to be working on in the 2020s, I don’t think it would be too crazy to expect some mainstream love coming his way as some of the more predictable trap and puritan hip-hop players out on the scene at the moment start to fall off and into other arms of the entertainment industry. He picked one heck of a time to make a play for fame and stardom, but then again, it’s always the right moment to contribute something as awesome as what he’s got as a God-given gift.