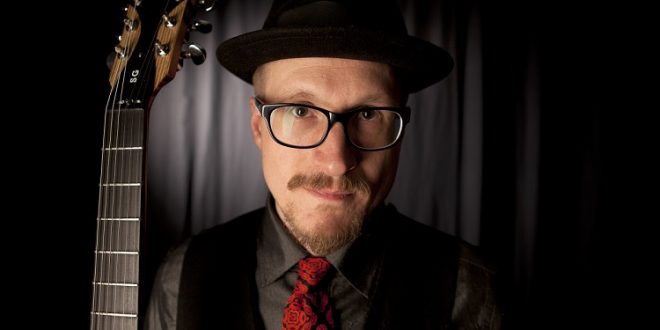 New York based Progressive Instrumental Space rock band PONTUS has released the official music video for the title single off of their album, Black Hole BBQ. The video for “Black Hole BBQ” was pieced together by different videos taken from the recording process and edited in with some live footage taken throughout the years. Included are short videos of the live studio tracking of drums, cello, and the percussion. The making of the album and the video was a collaboration with both Faculty and students at Feirstein Graduate School of Cinema in Brooklyn. Pontus’ day gig is at Feirstein graduate school where he manages the post production facility and teaches music technology. The musicians performing on Black Hole BBQ include Pontus H.W. Gunve (All guitars, composition, and production), Tripp Dudley (Drums, Tabla, and Percussion), Ian O’Brien (Modular Synth), Chris Kelly and Dan Kramer (Bass), Eric Allen (Cello), Katie Thode (Flute). The album was mixed by Rocky Gallo at Virtue and Vice Studios and mastered by Mike Kalajian at Rogue Planet Mastering.

“Have you – like me – missed Pontus H.W. Gunve’s magic of melting contradictory modes and impressions into rich melodic canvases? Go and grab a bunch (Not forgetting your friends) of it! ‘cause you are missing big time! ” – Salim Ghazi Saeedi – Art Rockin’ Magazine

“If you like your music laid back and intense at the same time, with an eastern vibe that won’t quit, this is right up your alley … In fact to me it’s so awesome that I will be
not only recommending for years to come, I will be following this artist’s progress from here out.” – Larry Toering – Music Chronicles

“There are few musicians in the mold of Pontus Gunve. Rarely content to rely on the traditional, but instead plundering it for his own uses…” – Jason Hillenburg – Music Street Journal 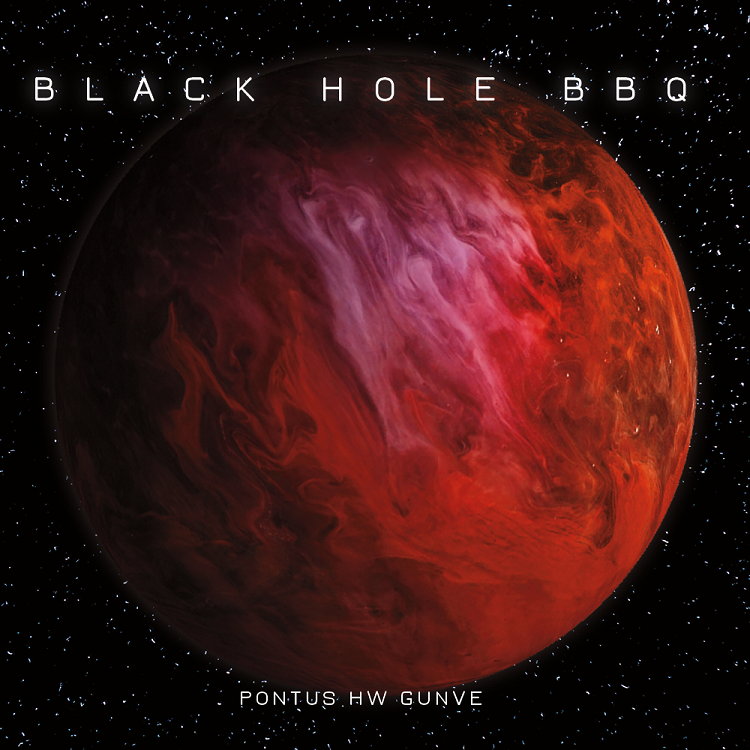 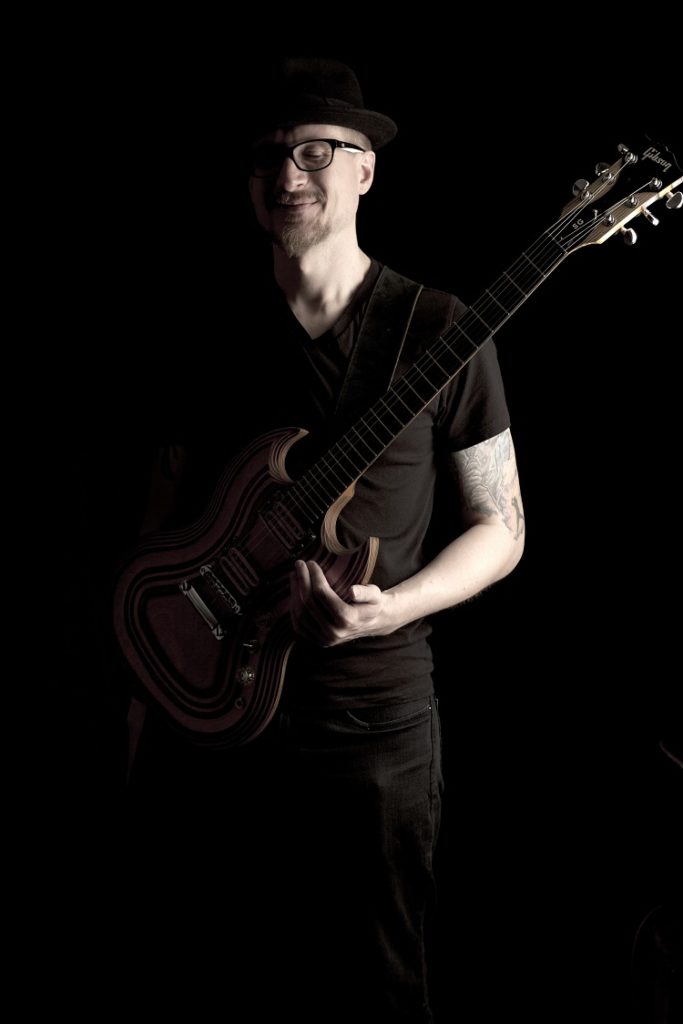 If there is truth in that statement, then perhaps the true measure of a musician is the reaction and response his or her music gets. Pontus Gunve has garnered quite a few reviews over the years that can be an indication of that relationship. It’s a great place to start in understanding Pontus Gunve and his group PHWG.

Pete Feenstra at Get Ready to Rock said, “Pontus has a keen sense of the musical possibilities his impressionist style offers him.” Translated from Swedish, Jan-Erik Zandersson said this in Nya Upplaga, “Musically, this is a kind of progressive post-rock with a historical focus.” In a review of Gunve’s latest disc, Andrew Metzgler of Mountain Weekly News said, “The only way I can describe The Observer is by comparing it to Pink Floyd, Beats Antique, Umphrey’s McGee, Queen, and The John Butler Trio (2006 period)…Take elements from all of those bands, combine them with a few classic instruments and you can have an inkling as to what Pontus HW Gunve is bringing to the table.”

So, where does Pontus Gunve come from? The simple answer is New York City. That’s only the geographical location for his current stop on the musical journey that is his life, though. Gunve grew up in Sweden and was first fully gripped by his passion for music there when he saw Jean Michel Jarre’s Rendezvous Houston: A City in Concert on television as a child. Blown away by Jarre’s all-encompassing high-tech stage show and the endless layers of his album Oxygene, he began to explore the capabilities of computers to create different sounds and textures. His fascination with rock music led him to electric guitar, which he began to study voraciously, simultaneously imagining ways to expand its boundaries. At the same time, he experimented with sequencing and learned how to build computer and synthesizer modules that could be used practically during performances and on recordings.

Pontus Gunve’s music embraces the theory that music is a multi-dimensional experience and an adventure in wordless storytelling that fully absorbs the audience’s mind, body and spirit. Flowing through time and space, the lush sonic textures he creates evoke the ethereal landscapes of other-worldly multi-media artists such as Jean Michel Jarre and Boards of Canada while still clearly inspired by the thick, dark compositional textures of legendary heavy metal bands like Megadeth. And his energy as a guitarist celebrates numerous influences, from the technical proficiency of Steve Vai and the raw, exotic approach of Marty Friedman, to the minimalistic moments created by legendary blues performers. Gunve’s finely-tuned skills in the studio as both a producer and engineer allow him to seamlessly unify many different musical styles and a wide range of instruments into intricately-crafted, mesmerizing recordings resonating with unexpected surprises.

Of course, again, looking to reviewers can give us more insight into that sound. AtMusic Street Journal, Jason Hillenburg said of Gunve’s latest disc, “There are few musicians in the mold of Pontus Gunve. Rarely content to rely on the traditional, but instead plundering it for his own uses, Gunve brings a European sensibility to dense, intensely musical instrumentals. His album, The Observer, ranks as one of the most challenging and, ultimately, rewarding releases of the year.” Scott Kahn had this to say of the single “Cavalry of Camels” at MusicPlayers.com: “World Music meets Prog Metal in the latest single from Pontus Gunve. This is big orchestral stuff that rocks thanks to the solid guitar and drums anchoring the complex rhythms. The percussion and string section really give the music its international, ethnic vibe… Melodic, rocking, beautifully produced… I’m not fully sure how we’d categorize it, but we definitely enjoy listening to it.” At Mr. Music Chronicles, Larry Toering said, “There is just no describing the sheer quality on offer here. It’s something one must hear for themselves to really dig into properly, so it comes highly recommended…If you like your music laid back and intense at the same time, with an eastern vibe that won’t quit, this is right up your alley. In fact, to me it’s so awesome that I will be not only recommending for years to come, I will be following this artist’s progress from here out.”

Ludwig Von Beethoven said, “Music is the mediator between the spiritual and the sensual life. “ Gunve translates his sensual impressions of the universe into intricate, personal and melodic musical passages that vividly illustrate his life’s rich and complex journey and allow him to connect powerfully with his own musicians, the audience and with each space he performs. He has composed music and worked as a sound designer for a wide range of independent films and Web projects as well as for various large-scale art projects in Sweden. He founded his own instrumental project, PHWG in 2007, a group that combines video, electronic instruments, cello, violin, drums and tabla/darbuka. With that group he has released Four full albums and ONE EP, Black Hole BBQ (2019), IV (EP – 2016), The Observer (2013), Movements (2008), and Great Wall of Sound (2006).