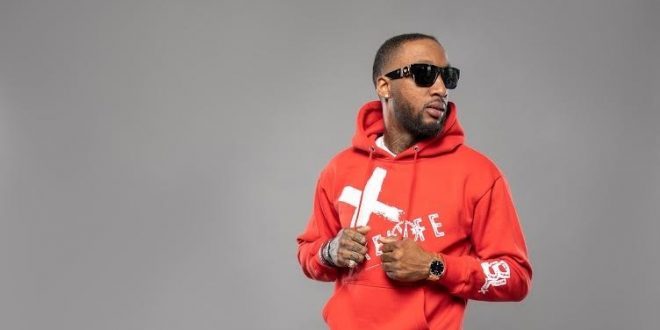 Money. Swagger. A total disinterest in the stress of 2020. These are the themes of GoodLook’s “Rich Dance” music video, but beyond its cosmetics, this video is sporting a soundtrack that is enough to make anyone feel like a millionaire at the right volume. GoodLook is entering the market at arguably one of the most intensely competitive eras in the history of hip-hop, but in “Rich Dance,” he shows us he doesn’t just have the chops to compete with the big boys – he has the persona, the approach, and the moxie to go from zero to sixty like few others in this business can.

Right from the jump, this beat is a stone cold killer. It takes a superb rapper to be able to straddle something larger than life coming off of the percussion, but when tethered to a bassline as formidable as the one in “Rich Dance,” it’s all the harder to dismiss GoodLook as being anything other than an important up and comer to keep an eye on this coming year. He doesn’t hesitate to really get after it on the backend here, and if this weren’t enough his verses tend to lead the thrust a little more often than they actually sync up with it.

Through the lyrical construction in “Rich Dance,” GoodLook is able to successfully assert multidimensionality in his performance here without having to rely on a super theatrical delivery (which is something most of his peers would do if presented with the same situation). Part of what immediately caught my attention with this song and its music video was the fluidity of the words, not only as they’re brought forth by my man but as they’re structured to be available for improvisation in a live concert. This is simply a template, a teaser if you will, for what the stage is going to be lit up with when this man gets into the touring circuit, and it’s enough to bring me back for more.

GoodLook really couldn’t have asked for a more well-rounded debut than “Rich Dance” this December, and if you haven’t already taken a peek at the music video for this all-new single, now would be a good time to do so. Hip-hop is the biggest genre on the planet, but outside of its lauded mainstream angle there lies an independent pulse carefully kept alive by the likes of GoodLook, and it’s something every music enthusiast would be a fool not to take a look at sooner than later.