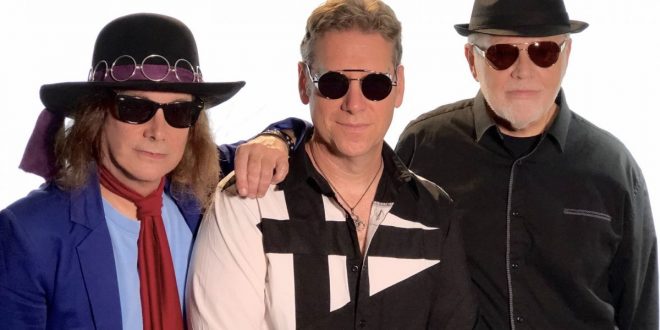 The R Train returns to the scene with an invigorated version of Steve Winwood and Traffic’s song “Dear Mr. Fantasy.” Not only does this song flashback and give us a glimpse into the 1960’s rock-ballad era, it remains able to discern itself from the original by dedicating itself to its freshness. With powerful guitar riffs, funky vocals, and consistent and strong drums, this cover is undeniably going to make the listener feel like a rockstar.

The R Train consists of vocalist/guitarist Jeffrey Black, drummer/vocalist Mike Annese, and bassist/harmony Denny Lee, who have all been playing together since 2019.

This song will ultimately make you want to bang your head back and forth while listening! Pair it with their music video and you will be able to understand that rock as a genre is coming center stage once again.

Stephen Vicino is the founder of MusicExistence.com. He created this site to give talented musicians a voice and a way to be discovered.
@@svicino
Previous “Everybody’s Got Something” By Amelia’s Dream Is Timeless
Next Single Review: GoodLook “Rich Dance”