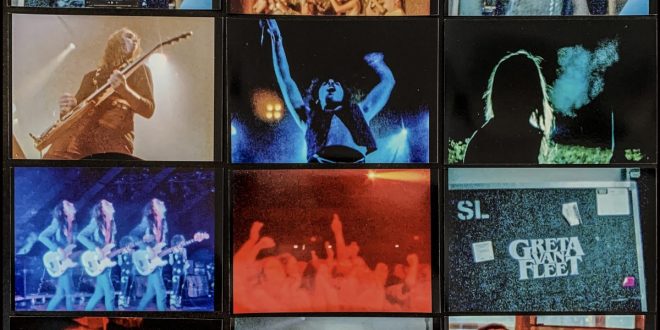 Greta Van Fleet has returned with a triumphant new single “My Way, Soon.” The boys from Michigan have kept quiet over the past year and only recently begun teasing fans about their yet to be announced sophomore album release.

Over the past couple weeks, the band mailed out numerous clues to members of their fan club hinting at the new song and its release date. Fans quickly put the puzzle pieces together (literally ) and mentally prepared themselves for a new era of Greta Van Fleet. The Grammy Award winning band not only released new music today but also an accompanying music video that was shot, directed and edited by the band.

“My Way, Soon” talks about the whirlwind adventures the band has embarked on over the past three years since reigniting the classic rock sound back in 2017. Greta Van Fleet has since led the way for other blues based rock n’ roll bands that have set their sights on restoring the sounds of the seventies. The animated new track exudes all things rock n’roll with a particularity impressive solo from guitarist Jake Kiszka.

Lead singer Josh Kiszka stated, “This song was inspired by what three years of touring did by opening so many doorways.  This is my truth, how I feel about all of our travels, but I know it echoes the experiences and changes of perspectives for Jake, Sam, and Danny as well.”

Drummer Danny Wagner continued, “The definition of ‘normal’ has very much broadened over the past couple of years, and it has affected us as musicians, especially in the writing and recording of this new album.  We realized that while growing up, we had been shielded by a lot of things, we were unaware of a lot of things.  And then we were thrown out into this huge world, and it was a bit of a culture shock at first.”

Although nothing has been released about the band’s upcoming new album, fans will be happy to know the recent single was produced by music mega-star Greg Kurstin. Kurstin was primarily known for producing pop phenomenons like Sia and Adele, until Foo Fighters asked Kurstin to produce their 2017 album Concrete and Gold. After also producing Sir Paul McCartney’s last record, Kurstin proved himself favourable as rock producer suitable enough for the rock n’ roll community.

Check out Greta Van Fleet’s new single here and the video for “My Way, Soon” above.