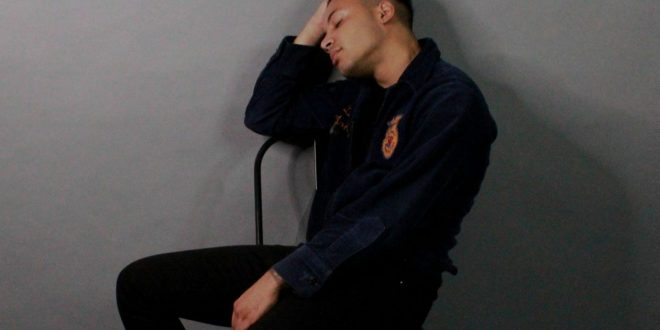 Luke Crimiel is a New Orleans, Louisiana-based singer/songwriter and multi-instrumentalist. Homing in on the essence of music since the age of four, Crimiel learned to play drums, refining his instrumental as well as singing abilities on the stage of his godfather’s church. Eventually, he would find his calling in musical theater, consistently securing lead roles in numerous musicals, where he excelled as a seasoned vocalist.

After a strong musical debut with the single “Nothing Left,” Crimiel is back with his follow-up, “Telephone.” The song is a much more stripped-down effort, opting for a simple, sun-drenched guitar melody, and light percussion, that ends up complementing the color palette of its cover art. Crimiel’s thematic focus doesn’t stem from a place of anger this time; rather, from sheer longing to hear the one he loves. As a result, his vocal approach is smooth, slightly vulnerable, but patient. Rounding out the track’s features is the chorus effect on his voice – which indeed happens at the chorus – is a highlight of the song, as it is a clear indicator of the song’s hit potential.

I come from a family who is passionate about all things music. I learned to sing at an early age, and by 13, had my very own Fender Strat guitar. I tried my hardest at learning all that I could. Because I was born with cerebral palsy, I had to teach myself an adaptive playing style. I learned to write and record my own music, despite these difficulties. In college, I started making great use of my writing abilities by reviewing music, as well as copy editing. I guess it's best to stick with what you know, while welcoming a fair challenge at the same time.
Previous Single Review: Antwan Jenkins “Victory”
Next Single Review: “Sucker For Your Ways” – Head Fake