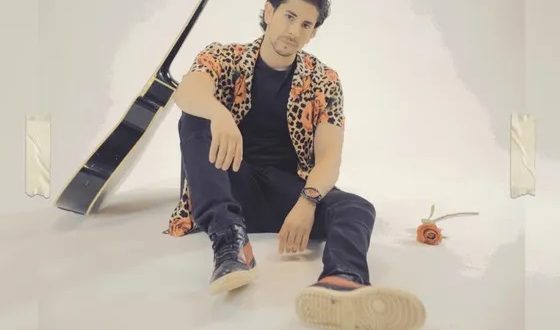 Frisky the Rapper’s musical journey was first catalyzed by his father — a Spanish-style guitarist and vocalist — and especially through the inspiration of acts ranging from Eminem to Red Hot Chili Peppers. In the 2010s, Frisky’s career ambitions seemed on the rise, until a chance showcase of a demo for local producers failed to garner much traction. He then put music aside for the time being, finding an unexpected footing on the stand-up comedy circuit under the name Andy Lugo. However, even while touring with such major stars as Joe Rogan, Dane Cook, Dana Carvery, and Whitney Cummings, Frisky always held music close as one of his foremost passions.

By 2018, Frisky re-established his presence as a musician with a full-length album, The Frisky Experience, and has continued that path thus far. His latest release, as of last week, is a single titled “Ain’t a Fool.” In contrast to the established comedic aspect of his skit-based albums, this track is surprisingly poignant. It centers around the conflict of identity – achieving success in an alternate path, while, at the same time, being totally unknown for what you’d originally intended to pursue. Frisky’s acoustic guitar melody channels throwback vibes of late-90s pop, while his rapping style exhibits a more down-to-earth, honest tone. Once the chorus hits, guest vocalist Cassie O’ Meara rounds out the sentiment of knowing one’s own self-worth, as well as recognizing the people who only hold ulterior motives. This song is a wholly refreshing note to keep up on and signifies Frisky’s maturation not only as a musician, but as a human being.

I come from a family who is passionate about all things music. I learned to sing at an early age, and by 13, had my very own Fender Strat guitar. I tried my hardest at learning all that I could. Because I was born with cerebral palsy, I had to teach myself an adaptive playing style. I learned to write and record my own music, despite these difficulties. In college, I started making great use of my writing abilities by reviewing music, as well as copy editing. I guess it's best to stick with what you know, while welcoming a fair challenge at the same time.
Previous EP Review: Wilber – 4 Package
Next North Louisiana native, Cee Will, is taking the R&B world by storm!