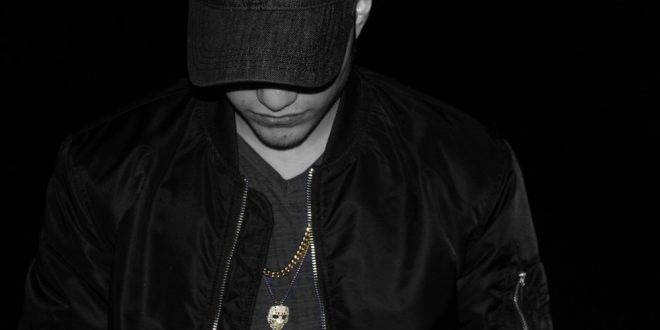 Wilber Leon is a singer/songwriter and rapper based in Kent, Washington. Having marked the late 2010s with three full-length albums under the mononym Wilber, he aims to bring the city’s often overlooked modern hip hop scene to greater recognition. Wilber’s latest release is 4 Package, a four-track EP that continues the direction of his previous albums, but with a more concise conceptual approach.

The EP’s opener and carrier single, “Night in the City Intro,” features a fittingly dusk-esque beat and a surprisingly somber key sequence that hovers within the instrumentation. Wilber’s delivery exhibits competence in both singing and rapping, the initial style playing as a tranquil, somewhat aloof haze, and latter contrasting as a denser, down-to-earth series of quick jabs. Based on how the presentation of the song factors into its accompanying music video, this makes sense for its continued traction on YouTube. On the following track, “Miss You,” there’s an interesting thematic aspect to Wilber’s vocals – a kind of wavering that becomes gradually refined as the song progresses. Wilber demonstrates a similarly conflicted angle in his rap, placing the blame on the person who wronged him, while at the same time, recognizing that he must improve himself, as well as come to terms with moving forward. The scenic instrumentation seems a bit more subtly implemented but nonetheless maintains its atmospheric pacing.

Side two of the EP is initiated by “Lulluby,” and features Tae, a regular collaborator of Wilber’s since his 2017 debut, First Step. Both artists exhibit decent interplay with one another, as Tae complements Wilber’s longing to retreat into an even bigger smoke-filled haze. However, much like how the transition from the EP’s first side plays out, there’s also an air of confidence carried over into the fourth track, “King,” that is better emphasized this time around. Being that this is a fully-rapped song, with the usually-sung dreamlike perspective now taken out of the arrangement, it feels like Wilber is more aware of the trials in his path, with an urge to keep focused, as well as not succumb himself to the otherwise hindering comfort binges of the past.

Overall, 4 Package sufficiently demonstrates Wilber’s ability to express himself at any length, whether in a short-form or long-form release. Although the predominant nature of its lyrical content may seem streamlined, the instrumentation still carries a kind of nuanced distinction that continues in his releases up to this. With hip hop sustaining its dominance into this decade, there’s the certainty that more regional acts will continue to gain recognition in the same way.

I come from a family who is passionate about all things music. I learned to sing at an early age, and by 13, had my very own Fender Strat guitar. I tried my hardest at learning all that I could. Because I was born with cerebral palsy, I had to teach myself an adaptive playing style. I learned to write and record my own music, despite these difficulties. In college, I started making great use of my writing abilities by reviewing music, as well as copy editing. I guess it's best to stick with what you know, while welcoming a fair challenge at the same time.
Previous Billie Eilish Quotes
Next Single Review: Frisky the Rapper – “Ain’t a Fool”